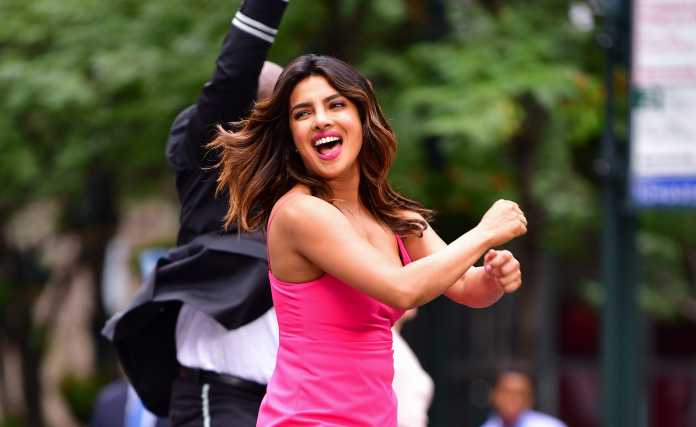 You’ve seen some of them gracing our silver screens and now they’re cooking up a storm in the West. And some of them even began their careers with a Hollywood stint. Here we give you successful ‘Indian imports’ who’ve done us proud on the international stage. Probably one biggest ‘Indian to America’ stories yet, Pinto’s major breakthrough came with Danny Boyle’s multi-award winning film Slumdog Millionaire. Since then she has appeared in a number of British and American film productions and has also played many supporting roles. Post Slumdog Millionaire, her most noteworthy performances include those in science fiction film Rise of the Planet of the Apes, Michael Winterbottom’s Trishna, and biographical drama Desert Dancer which earned her much praise. She is also a humanitarian and is very vocal in her support for women empowerment and equal rights for women. Prior to her Hollywood entry, Pinto was a model and an anchor, and even auditioned for the role of the Bond girl in Quantum of Solace Our list would be incomplete without mentioning Bollywood’s own ‘Piggy Chops’. Following her spectacular triumph at the Miss World pageant in 2000, Priyanka received numerous film offers and today has a career spanning nearly 20 years. She also received a National Film Award for her role as a troubled model in Fashion, and a Padmashree Award among many others. She is also noted for her work with UNICEF since 2006 and was appointed national and global UNICEF Goodwill Ambassador for Child Rights. Her foray into Hollywood happened in 2015 when she took on the role of Alex Parrish in ABC thriller series Quantico, and became the first South Asian to have a leading role in an American Television Series. She just wrapped up shooting Todd Strauss-Schulson’s romantic comedy Isn’t It Romantic, co-starring Liam Hemsworth, Rebel Wilson and Adam DeVine. Nayyar was born to a Punjabi family in London and raised in New Delhi. In 1999, he moved to Portland, USA to pursue his further studies in Business Administration. While studying for his degree, he took up various acting classes and participated in various plays and theatre festivals, which is when he decided to become an actor. He first came into Hollywood spotlight for his role as Rajiv Joseph in a play titled Huck & Holden. However, his big break came when he was cast as astrophysicist Rajesh Koothrapali in popular CBS sitcom The Big Bang Theory. He also gave voice to ‘Gupta’ in Ice Age: Continental Drift. Forbes places him in the 3rd spot on their list of the World’s Highest Paid TV Actors, with an estimated $20 million fortune in 2015. Another beauty pageant-turned-actress to the list, Aishwarya Rai needs no introduction. Her enormously successful Bollywood career caught the eye of Gurinder Chadha who cast her opposite Martin Henderson in Pride and Prejudice, a Bollywood-style adaptation of the Jane Austen classic. However, her performance didn’t live up to her reputation, but the movie went on to be a commercial success. In 2007, Rai starred alongside Ben Kingsley, Colin Firth and Thomas Sangster as the Indian warrior Mira in Doug Lefler’s epic film The Last Legion. Rai’s next role was in the 2009 Harald Zwart-directed spy comedy The Pink Panther 2 starring  Steve Martin, Jean Reno, and Emily Mortimer. Rai portrayed the role of Sonia Solandres, a seductive criminology expert. She is also the only Indian actress to appear on internationally renowned talk show ‘Oprah’, which also gave her a lot of international recognition. She also appeared on The Late Show with David Letterman. A regular at Cannes Film Festival, Rai has also been a regular feature on the list of the World’s Most Beautiful Women. Born to an Indian father and Irish Mother, Mistry is one of the most prominent ‘brown’ actors in Hollywood. Although he hasn’t starred in a Bollywood film yet, Mistry’s portrayal of South Asian-origin actors in Hollywood movies and TV shows is quite commendable. His golden ticket was his stint as Dr. Fred Fonseca in BBC TV’s EastEnders. His other notable roles include that in East Is East, The Guru, Blood Diamond, Guy Ritchie’s RocknRolla, and Partition with Kristin Kreuk. He is also famous for his role as scientist ‘Satnam’ in 2012. Additionally, he DJs in clubs across UK and Europe, and also has his own record label and studio. One of Bollywood’s successful actors has done us quite proud in the West. After taking up numerous challenging roles in Indian cinema, Irfan’s tryst with Hollywood began with his appearance in major films like A Mighty Heart and The Darjeeling Limited. He subsequently played a police officer in 2008 film Slumdog Millionaire. His most anticipated Hollywood role yet was his portrayal of Dr. Rajit Ratha in The Amazing Spider-Man in 2012. His other internationally acclaimed film appearances include Jurassic World, Life of Pi and Inferno.