Movies have been entertaining people since 1895. Many genres have also been introduced to people over the years. Earlier movies were known as a great source of entertainment but a new era of movies showcases some of the best vision of writers and the precise direction of directors.

Now with entertainment becoming a source of information has led to the creation of some really amazing content. It not just informs you, but changes the way you perceive things and leave you completely flabbergasted.

The below-listed movies are some of the best that will leave with the same impact. They are a blend of fiction and true events.

The story of a thief with an ability to enter into people’s dreams and steal their ideas from their subconscious during the dream state. His skills have obtained him a reputation in the world of corporate. However, this rare ability has cost him his loved ones but in the last heist, he was given a chance for redemption if he can plant an idea within the subconscious of a person he may be able to reconnect with his family.

A story of a baseball team Oakland a’s with a tight budget on buying new players for the team. He then uses a different approach which is to use statistical data to analyse and fill his team. The team was filled based on player evaluation and all the committee members were against the team decision. After failing miserably in a few initial games, later made a  winning streak of 20 consecutive games which became a record in baseball.

Catch Me If You Can

The story of Frank Abagnale Jr., a talented con man, forging and acting his way into jobs as an airline pilot and a surgeon jobs which he hasn’t earned and couldn’t perform. Later, the FBI caught him after numerous failed attempts. While he was in prison he was giving assistance and expertise with different ongoing robbery cases which resulted in reduction in his sentence. The day he left prison he became a security consultant with the same skills he was using to steal money.

It is the story of Mark Zuckerberg and the inception of Facebook. The scenes show how the concept of Facebook came to his mind, what websites he has made before Facebook and just after the popularity of Facebook he was fighting with two lawsuits at the same time. First one was initiated by two brothers who were claiming the idea and the coding used for Facebook was their project and Mark was part of their idea. Secondly, his friend who gave him resources from the commencement of the website and later was given .03 share ownership in the company.

The true story of Ray Kroc, a struggling salesman trying to sell a variety of things after his retirement to get a source of income. Later in his business trip, he meets the McDonalds brother who explains to him how precise they are with the placement of departments for the effective making of burgers. He studied many criteria of it and saw it has the potential of franchising but the brothers were not comfortable with expansion. He persuades the brothers, sells a few franchises and eventually becomes a brand. However, due to the dispute regarding the contract Ray manages to negotiate and becomes the owner of the fast-food chain.

These movies will make you think what capacity does the human brain have to visualise things and showcase them with a vision that the audience can resonate with. 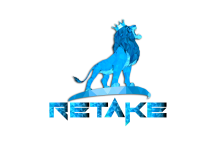 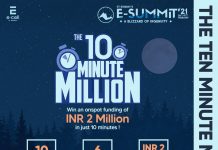 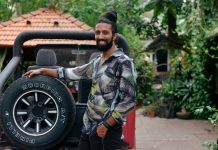 ‘Rakh Hausal’ A Song To Begin Your 2021 With Bountiful Hausla

Do You Suffer From Mob-mentality?