Adventure lovers are always looking out for adventure destinations to visit. They like to undertake adventurous activities that are filled with joy, thrill and excitement. Such people are usually courageous and always up for activities like scuba-diving, river rafting, exploring unexplored places, trekking, mountaineering, etc.

There are a lot of places that are actually known for their adventurous activities like Rishikesh, in India is known for river rafting and bungee jumping, Gulmarg is known for Heli-skiing, Spain is known for paragliding and bull racing, New Zealand is known for Skydiving and Off-road driving. However, there are also many lesser-known adventure destinations that are worth a visit.

Have a look at some of these best adventure destinations

Namibia, a country in southwest Africa is one of the most sparsely populated places on this planet. Adventure freaks should definitely not miss this one. In the morning, tourists can explore NamibRand’s ochre-hued wilderness of dune, mountains and plains, looking for Oryx and Hartmann’s Zebra. Then after a beautiful sunset, tourists can stay at Sossusvlei Desert Lodge which has ten luxurious chalets. Each chalet has a terrace, telescope and skylight over the bed. Tourists can even go on the Tok Tokkie Trails which is a three- day desert walk, where the nights are spent sleeping on a canvas stretcher under the stars.

Kodachadri trek in Shimoga is one of the less known adventure destinations in India which is best for trekking. The trek starts from Mookambika National Park. Here one is sure to witness heaven on earth right in the midst of splendid nature. Trekkers can enjoy the amazing sun setting into the Arabian Sea from its peak which offers a delightful experience and is a combination of both mountains and ocean. The trek can also be the best option for wildlife spotting.

Bir Billing has a lot of Tibetan refugee camps and monasteries and is known for paragliding. Bir Billing is best for aero-sports in India and is the second best in the world. There is also Tandem paragliding (where two people can fly in one paraglider) which you can try out. The best season to visit the place is in October-June.

Saint Helena is a volcanic tropical island in the South Atlantic Ocean and has a population of 5,000 people. Its water has a lot of dolphins and many other beautiful sea creatures and the isle is also surrounded by the semi-tropical lushness. Travellers can explore the island by walking some of the post box walks which differs in difficulty but all offer the most beautiful sights and might give or show you the untouched parts of the island. They can even go on a walk to know about Napoleon’s influence on the isle.

Beartooth highway is said to be the most beautiful drive in America. It has a series of switchbacks along the Montana- Wyoming border. The drive or ride is so mesmerizing that you can’t go more than 300m without stopping and gazing at an epic mountain view. This route is highly recommended to the travellers who are going to Yellowstone National Park. Due to the high altitude and snowfall, it is usually open from mid-May to mid-October.

These are the five best lesser-known adventure destinations that everybody must go at least once in their lifetime. Backpacking to adventurous places gives us new experiences in life and ensures a lifetime of memories. 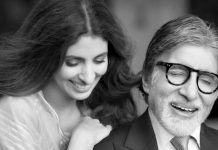 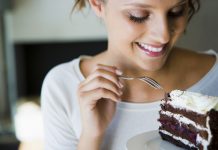 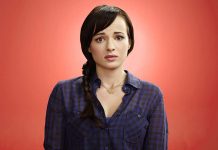 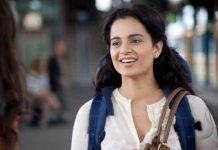 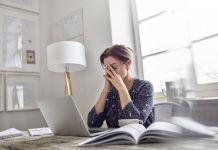 Say Buh-Bye To Feeling Low Midday At Work. Try This