The meaning of a particular language indicates the culture of a specific social group. Language always carries references and meanings that go beyond its own boundaries. Interacting with a language entails doing so with the culture that serves as its foundation. On account of the intimate connection they share, we would not be able to fully comprehend a language without having direct access to its culture. When language and culture are discussed, the proverb “language is culture and culture is language” is frequently used. The link between language and culture is intricate and analogous. Language and culture are intricately entwined, i.e. they have evolved together, influencing one another in the process, ultimately shaping what it means to be human. “Culture, then, began when speech was present, and from that point on, the enrichment of either entails the further growth of the other,” observed A.L. Krober (1923) in this regard.

Young children learn their language and culture from the society they were born in. In the process of learning, they develop their cognitive abilities as well. Therefore, learning a language involves not only mastering the alphabet, the significance of words, grammar rules, and word order, but also learning about social behavior and cultural practices. Explicit references to the culture, or the larger entity from which the particular language is derived, should always be included in language instruction. This phenomenon is known as culture localization. A product or platform is culturally localized when it is made for a particular market or location, taking into account the local language as well as the cultural diversity, beliefs, values, experiences, and social constructions of that area.

Impact of culture on language

The linguistic relativity principle states that the language we choose to describe the world has a direct impact on how we perceive it.  Never are two languages identical enough to express the same social reality. Different societies inhabit diverse universes that are not just the same with different labels on them. The world is represented and interpreted via cultural artifacts, which must be shared in order to be experienced.

For instance, language experts consider French to be an analytical one. French, which has a more Germanic bent than English, is less likely to use compound words and instead relies on specialized vocabulary and suggested parts. Additionally, it is a language that can handle very long sentences with numerous articulations. The French’s propensity for implying could be why they are less direct and outgoing than Anglo-Saxons. The ability to comprehend connotations that aren’t strictly speaking a part of the semantics of individual words, relying more on the understanding of a shared code. In order to master the French language, it is crucial to be acquainted with its cultural nuances and tendencies. Thus, knowing a language entails knowing about a particular society’s social norms and cultural practices.

Take another example. After polling more than 1,000 Indians, the popular language-learning software DuoLingo found that Korean is presently the foreign language with the highest growth in India. With K-dramas and K-pop attaining popular status amongst the urban Indian population, one wonders why our south-east Asian neighbor has captured the fascination of our people. The answer lies in the familiarity associated with Korean culture. Korean movies and the intense emotions they aroused were similar to the way love is depicted in Indian pop culture. Indian love stories similarly center on the triumph of love over other evils, therefore their notion of love is connected with Indian culture. When the stunning landscape is added to a K-drama (as in Bollywood), viewers are even more tempted to watch it. This has spurred a desire amongst many avid watchers to learn Korean. A language that is relatively simple to grasp, a language that was historically meant for the ordinary folk. Beyond the joy of comprehending what their favorite K-pop celebrity said, the language has become a portal to comprehending an entirely new culture.

The characteristics of culture are expressed through language. Language is another way that we identify distinctive elements of our cultures. All of this implies that acquiring and teaching a second language is necessary for cross-border cooperation and communication. Understanding various languages makes it easier to understand other nations and their distinctive cultures.

So the next time you are watching a particularly fascinating foreign language movie on Netflix or reading an enthralling novel set in some part of the world you are unfamiliar with, make a conscious attempt to find out more about the language and the culture that is represented on screen or on paper. It will provide you with more context about the plot, encourage you to seek information regarding the events of that nation or region, and finally open your mind to a host of different possibilities. 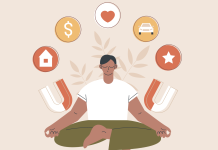 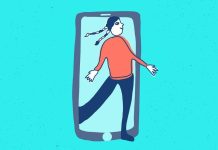