The world has witnessed leaders who have won the hearts of many by merely showering words on them through powerful speeches. These speeches have had a great impact on the masses which brought about revolutions of change and created history.

Oratory or Public Speaking is a rare skill that only a few have the ability to develop and master. Those having the skill are often potential leaders that have in them, the spark to bring a large wave of change. Public speaking without any doubt is a challenging thing and involves dealing with words very carefully. However, with the power of it, one can build a path towards a bright future.

Public Speaking involves more than just giving a speech. Along with talking, it is also about what you speak and how you speak. To deliver your opinions and thoughts to the audiences in the right and intended way, you must develop a deep understanding of the skill. There are various factors like the tone of the voice, voice modulation, pronunciation of words, the text, nature, and tone of writing, context, body language, eye contact, expressions, etc. which need to be considered and worked upon while developing the skill.

If you have never been shy of talking out loud in front of a large group of people or have always wanted to master the art of public speaking, then the best way to learn and develop the skill is to listen to the popular public leaders speak, watch their videos and also attend a few events just to watch and hear them talk.

We bring to you some of the impressive leaders and undoubtedly the best orators of all times:

Barack Obama: One of the greatest Presidents the United States of America has ever had, Barack Obama’s speech has not once failed to win the heart of not just the Americans but people worldwide. If you haven’t heard his speech, you must! Obama gives some most important lessons through his speeches; his pace of talking is such that he pauses for a few seconds after every three-four sentences, giving audience the time to process his words, the problems he mentions are always associated with their solutions, and he always repeats the important statements in order to leave a long-lasting impact on the minds of his audiences.

Nelson Mandela: The former president of South Africa and the noble peace prize winner, Nelson Mandela fought tirelessly to end the apartheid by addressing the issue of institutionalized racism and worked towards fostering racial reconciliation. When Mandela used to address the audience, passion was strong and vivid in his voice. He was clearly aware of what his people expected out of him. He had a deep understanding of his audience, which he used to his utmost benefit and succeeded in winning the people’s confidence. He gave out the messages that his audience wanted to hear which always left them feeling that there was a leader to look after them. This, as a result, invoked a sense of satisfaction.

Michelle Obama: She is not just known as the wife of the former president of America, but is a brilliant woman herself, who has developed an identity of her own. She is a great inspiration for woman all around the world. An American lawyer by profession, Michelle is also a writer who recently gained more admiration after she wrote her book ‘Becoming’. Whenever she addressed the audience, she made sure of sounding authentic, build and maintain eye contact, and speak confidently.

Martin Luther King Junior: The leader of civil rights movement, Martin Luther King Junior was an American minister and activist whose leadership was prime for the success of ending the legal exclusion of the African Americans in the south and other parts of United States. It was the power of his words that garnered him the support of a large group of an isolated population of America. Through his speeches, he believed in spreading positivity to invoke the feeling of inspiration. He very well knew what his people wanted and he gave them just that. He was excellent at creating a sense of unity and purpose with his people. His quotes, like the most famous one, “I have a dream that my four little children will one day live in a nation where they will not be judged by the color of their skin, but by the content of their character.”, attracted people to his personality.

Narendra Modi: The Prime Minister of India, Narendra Modi sure knows how to win hearts and influence people through words. BJP winning the general elections was a pure result of his words and emotions that he expressed on stage in front of millions of Indians. Narendra Modi’s speeches are a mix of words, a gush of emotions, and toning of voice. Apart from these, he caters to the most affected group of the Indian population, which is the rural poor. He picks up issues important to that specific group of population and makes promises based on them.

There are many other great orators too you can follow to learn more. 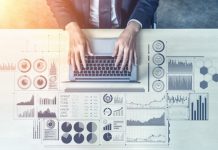 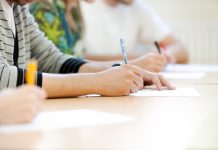 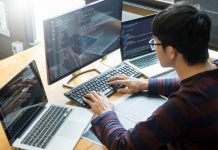 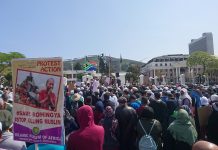