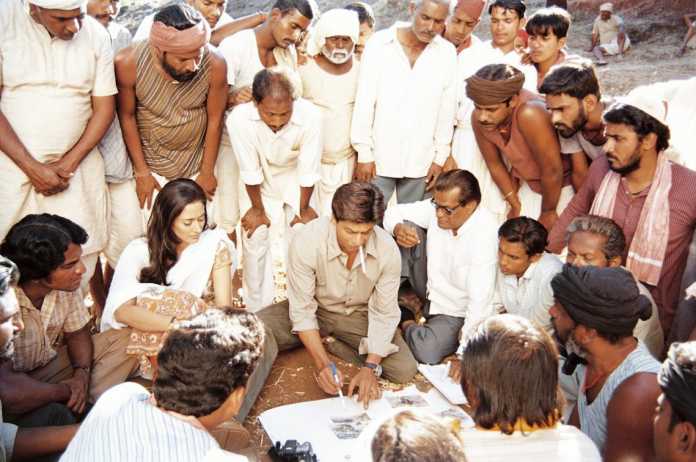 Patriotic songs have always managed to stir up patriotism in all of us. From the old Bollywood era songs to the songs we have today, we present to you 10 such songs you can listen to this Independence Day for some serious patriotic vibes:

The classic musician has never failed to amaze people with his melodious rhythm and surreal voice. The kind of patriot AR Rahman is, is truly visible in “Vande Mataram” sung by the musical legend. Along with Rahman’s voice and rhythm, the words of the song have successfully managed to hit straight through the hearts of every Indian.

It is not every day that you see SRK in a non-romantic movie. However, when King Khan does, he manages to do it like no one else. Chak De India was one such movie which not only had a strong story but a fantastic soundtrack as well. The song “Chak De India” became a super hit song and a nationwide slogan to cheer their national teams and players in all the upcoming tournaments back then, and continues to be the audience favourite slogan even after 11 years of the movie release.

The movie, which revolves around the Kashmir issue, has beautifully managed to make every Indian proud of their nationality. It has also sent a silent reminder to all the Indian Nationals that the nation comes before everything else and it is not only the armed forces but also us, as citizens, that are responsible to guard the integrity and pride of our country.

The song is back from the old classic Bollywood days. Apart from highlighting the Indian culture the song has also mentioned the achievements of India is the ancient era. If you are a Manoj Kumar fan and classic is your thing, then this song should be a must on your August 15 playlist.

If one truly wants to know the spirit of being an Indian, ask an Indian living abroad. The way NRIs miss their country and the people is just beyond what words could ever describe, but AR Rahman manages to capture it beautifully into a song. The song revolves around how SRK misses his country while working at NASA. For an Indian living abroad this song should be on top of their playlist and that too, on loop.

The song is the latest addition to a long list of Indian patriotic songs. Both the male and female version of the songs are remarkable and heart touching in their own sense. The high notes by Arijit Singh and Sunidhi Chauhan manage to give its listeners some good enough goosebumps.

The war movie based on the Battle of Longewala during the India-Pakistan War of 1971 received widespread success at the box office. The movie was a much-acclaimed one back then and was the highest grossing movie that year in the country. The song was a huge hit too, portraying the brave soldiers of India and their heroic bravery. If you’re someone who takes immense pride in the armed forces of the country, then this song is surely for you.

This song is a widely popular patriotic song in India. All the kids from the era 0f 70’s, 80’s, 90’s and even today have for sure heard this song in their school independence day events. The 1967 song highlights the glory of the nation. Are you a Bollywood junkie? Is Retro your real BAE? If Yes, then grab your earphones and get this track on loop.

The song, which was written by Kavi Pradeep, composed by C. Ramchandra and performed by Lata Mangeshkar was written in honour of the soldiers who died in the 1962 Sino-Indian war in 1962. The Lata Mangeshkar song has managed to make a true Indian teary-eyed and proud at the same time.

The song is yet another beautiful depiction of how an Indian staying away from home, often forgets about his country, but the country still cares for its citizens and looks after them. The song and the movie both received praises by the critics. Inspired by a real-life incident, the movie and the song both are still audience favourites.