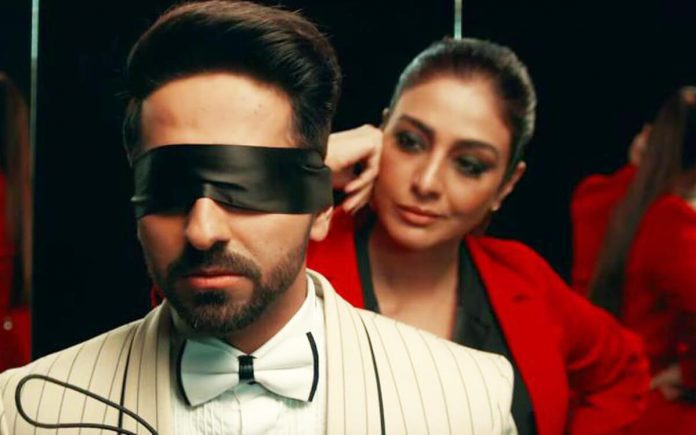 As part of bidding adieu to yet another roller coaster of a year, we take a look back at some major hits in the movie world, that set our silver screens ablaze

Kedarnath saw an opening week box office collection of Rs. 42 crores, and in just 24 days has managed to enter the “100 crore club”. Directed by Abhishek Kapoor, Kedarnath is an epic love story of how a Muslim pithoo saves a Hindu tourist from the Uttrakhand floods at the pilgrimage, and eventually the two fall in love with each other. This film also marked the big screen debut of Sara Ali Khan, whose performance was lauded but the audience and industry veterans alike, opposite Sushant Singh Rajput in the lead.

Yet another stellar performance by Ayushmann Khurrana, ‘Akash’ is a piano player who pretends to be virtually impaired so that people ‘take his talent seriously’. However, he soon finds himself caught in a web of his own lies, as he becomes witness to the murder of a top movie actor. What follows is a series of mishaps, betrayals, and a number of unexpected plot twists. The film also stars Radhika Apte in a recurring role

Veere Di wedding follows the complicated lives of four best friends as they navigate their way through relationships, their pasts, and the inevitable drama that ensues. Although the film received mixed reviews from critics and the audience, Kalindi, Avni, Sakshi and Meera share a chemistry that makes for a fun Sex and the City- like craziness that you’d enjoy with either your gal pals or your significant other.

Fantastic Beasts: The Crimes of Grindelwald

Another great addition to the Fantastic Beasts series, the movie is the 10th installation to J.K Rowling’s wizarding world after the Harry Potter films. When the most powerful dark wizard Gellert Grindelwald escaped the custody of MACUSA (Magical Congress of the United States of America), he sets on a mission to gather many followers to raise wizards and witches to rule over every non-magical beings. Fans were particularly excited to see Minerva McGonagall (Maggie Smith) of the Potterverse make an appearance in the movie.

Iron Man, Thor, the Hulk and the rest of the Avengers unite to battle their most powerful enemy yet — the evil Thanos. On a mission to collect all six Infinity Stones, Thanos plans to use the artifacts to inflict his twisted will on reality. The fate of the planet and existence itself has never been more uncertain as everything the Avengers have fought for has led up to this moment. The film was so loved by the audience that it went on to become the second fastest grossing film ever.

To all the boys I’ve loved before

This teenage rom-com made headlines all through 2018, so much so that the makers have announced a sequel to this Netflix original. When Lana’s love letters to “all the boys she’s loved before” are exposed, it wreaks incredible havoc on her love life, and life at high school. Many awkward confrontations and much drama later, Lara finds herself at the centre of a whirlwind romance, battling her true feelings and the feelings of those she holds close.