At the age of 14, Arjun S has won two Massachusetts Institute of Technology (MIT) contests, designed two Android apps and started his own company. Sean Sequeira talks to him about his achievements

How did you start designing smartphone applications at such a young age?
I started using computers when I was 3 years old. My parents guided me on using age-appropriate tools and introduced me to all areas of computer technology including programming. I started building small applications that worked on desktops. The purchase of my dad’s first smartphone At the age of 14, Arjun S has won two Massachusetts Institute of Technology (MIT) contests, designed two Android apps and started his own company. Sean Sequeira talks to him about his achievements was a turning point for me.
He suggested I use MIT’s programming tool ‘App Inventor’ to learn how to develop mobile apps. I was able to master the tool in a few days and developed my first app to win the first prize in MIT’s App Inventor App Contest. From that point on I started focussing on developing apps that could help make lives better, and started my own company LateraLogics.

What is an average day in your life?
I catch up with the news and my mails the first thing in the morning. I also try to find time to make a few updates and shares with my connections on LinkedIn. I practice yoga and badminton in school. As soon as I reach home in the evening, I spend some time with my friends in my apartment. I study with guidance from my mom. After studies, I spend a couple of hours on my computer to research, study, and practice programming and designing.

How did you decide to participate in MIT’s App Inventor App Contest?
The MIT App Inventor App Contest was held in December 2012. I found out about the contest only a few days before it happened. I was able to train myself since I had a solid background in the basics of programming. In those days of planning, I arrived home late from school and saw how worried my parents were. It was at that time I thought of developing a solution for parents to track their wards’ school buses. That is how Ez School Bus Locator app was born and became my entry for the contest.

Having won MIT-organised contests, do you plan on studying at the institute?
It is a dream for me to study at MIT. I would consider myself lucky if I get the opportunity in the future to attend the classes conducted by thewonderful professors of the institute.

Could you briefly describe your applications Ez School Bus Locator and i-Safe?
Ez School Bus Locator is the only free school bus and student tracker app available in the Android market. It helps parents track their ward in the school bus until they reach home from school. Parents without smartphone can also use the app through SMS. The app won the first prize (K-8 category) in the MIT App Inventor App Contest held in December 2012.
iSafeGuard is a women and teen safety mobile application. It lets women send distress calls to preset phone numbers and pre-registered activists with the push of a button.
Both apps are available on Google Play Store and Amazon Store for free download.

Why have you designed sociallydriven products so far? What are your plans with LateraLogics?
I carry a passion for finding solutions for people’s problems. I started LateraLogics with a vision to come up with solutions to make our world a better place. Our focus is on developing computer and mobile applications for solutions to everyday problems. Our motto is ‘Great Solutions Come From Small Problems.’ My dream is to establishLateraLogics as one of the most innovative and successful companies in the world.

What are the next few app ideas you plan on executing?
I plan on creating intelligent personal assistant application that can interact with us in more natural ways. I also have plans for a community app that can help people respond to everyday situations in more engaging ways.

What should a student do if they plan on becoming an app developer but can’t afford the expenses of a formal education?
Information and options are available freely on the web. I was able to learn programming languages on my own without any coaching or training. MIT’s App Inventor is an open source tool that helps anybody to learn the basics of programming for free. Even for the most complex languages, today we have plenty of learning materials freely available online in the form of guides and videos.

What words of advice would you offer students who look up to you?
My message is: “Look for problems around you, and get inspired from them. You’ll see a lot of opportunities to use your (own) skills to make this world a better place to live!” 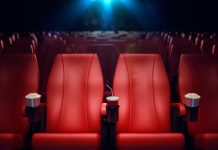 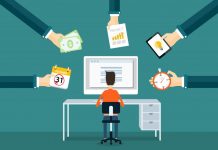 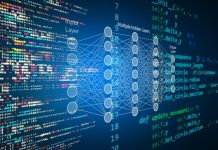 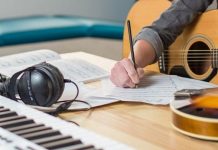 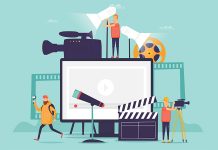