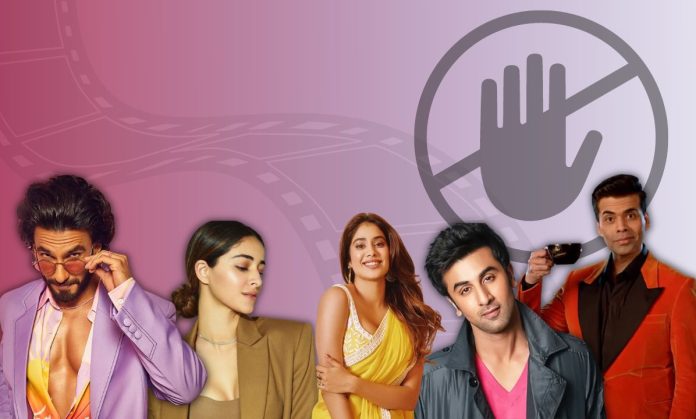 Filmmaking as an art originated and evolved to portray society’s wants and needs and highlight the social and cultural trends during a particular time period. This is why we see changes in how films are made over time, and how certain ideas and plots used repeatedly at one point, start to fade away after a while because it’s not relevant anymore, or the audience is just looking for something else. The Bollywood industry has, to a certain extent, been evolving in the same pattern. However, lately, the industry seems to be struggling in terms of pleasing the audience and also living up to the standard that it has built for itself over the years.

Why is this happening? Why is it that the audience is not getting excited about the films being released anymore? Why is every movie facing so much hate from the media and people online? It definitely starts from the industry not changing with the audience’s needs. There was a time when cliché romantic comedies that didn’t necessarily make any sense were enjoyed by the audiences a lot. Over the years, though, the audience has matured and has evolved in terms of what they enjoy and what they don’t. The problem arose when the Bollywood industry failed to cater to those needs. Every movie that comes out now is a hit or miss, and neither the industry nor the viewers know if the movie is going to work or not. This only happens when there is a gap between the two mediums.

At the same time, it isn’t entirely the industry’s fault for this failure, I believe that the audience has also been spoilt for choice over the years, and the appreciation of art has just not been evident. It is important to remember that the objective of films is to entertain, and most Bollywood films do succeed in doing that; not all, but most. This is something that needs to be acknowledged from time to time. Not all of cinema can be about a deeper message or a social cause. Sometimes, the nonsensical nature of these movies is what is required, because, at the end of the day, we watch movies to entertain ourselves.

With the agenda of entertainment, viewers have started to shift to other industries, that actually have a lot of content to provide. The south is actually rising to the top, not only in terms of good movies and content, but also the actors and the people who are involved in the filmmaking process, are being recognized all over India, and also internationally. It has reached a point where Bollywood is remaking many films prominent in the South, which yet again raises the question of creativity, or rather, the lack of creativity and originality in the industry.

If the Bollywood industry were to let go of its commercial agenda and were to actually focus on aspects of creativity, story, and originality, then perhaps there is some scope for redemption. Filmmakers of today need to realize that big names in the industry aren’t gonna be enough to make a film work. There is a lot of raw talent out there, a lot of aspiring actors who actually have it in them, but they are blindsided by the ones who’ve already made it in the industry just because of their last name.

Hindi cinema is a huge part of the Indian culture and that is why it is important for people in the industry to provide content that can be appreciated worldwide. At the same time, it is also important for the audience to give Bollywood another chance, before boycotting anything it has to offer.