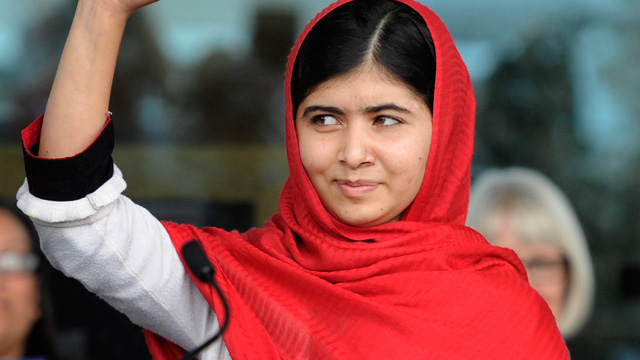 Almost six years after her attack that left her fighting for her life, Nobel Peace Prize winner Malala Yousafzai returned to Pakistan.

Malala, 20, gave a heartfelt speech on her return to her nation, where she is still under threat of violence. “I’m not very old but I’ve seen a lot. I couldn’t control what happened, if it was my choice I wouldn’t have left my country at all. I had no choice, I had to leave for my life.”

In her speech which left her and her audience in tears, the activist lauded the fact that more than 6 million dollars” has been invested on education in Pakistan in recent years. “I hope we all join hands for the betterment of Pakistan for our future, to empower our women so they can earn and stand on their own two feet”, she added.

Prime Minister Shahid Khaqan Abbasi said he was “so happy that our child who has earned so much fame internationally has come home.” “You represent us in the world and especially of the youth and girls and the work you’ve done for education of girls,” he said. “It is our dream and prayers that you are successful, our prayers with you. Welcome home Malala!” In 2012, 14 year old Malala was shot by a member of a militant group as her classmates sat in a school bus in Mingora, in Pakistan’s Swat Valley. Two of them sustained minor injuries, but bullets struck Malala in the head and neck, leaving her in a critical condition. She was then taken by helicopter from hospital to hospital in Pakistan, where doctors placed her in a medically induced coma so an air ambulance could fly her to Great Britain for treatment.

A little over a week after being shot, Malala bounced back again, being able to stand when leaning on a nurse’s arm at Queen Elizabeth Hospital in Birmingham, England. The Taliban released a statement saying that they would target her again if she survived.

She began studying at Oxford University last year, but in her most recent public interview with talk show host David Letterman, she talked about how she missed the rivers and mountains of Swat Valley and all she wanted was for her “feet to touch the ground of home.”