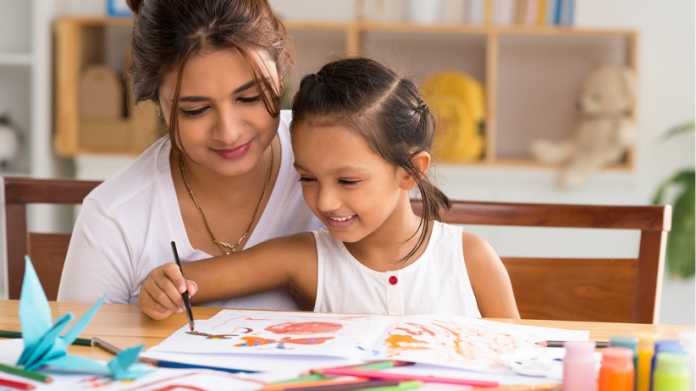 “At the end of the day, the most overwhelming key to a child’s success is the positive involvement of parents.” – Jane D. Hull

There is no doubt that raising kids’ is the most important chapter for parents. Every parent in the world is worried about how their children will turn out to be. From their life goals to performance in school and their social life to major life decisions, a parent is concerned about everything that surrounds their children. However, parenting is not an easy task, especially if your teenager is in the picture.

It can be especially hard for parents to understand kids who are at the career crossroads. Children who are aiming to win the career battle are particularly stressed out because of several things. Most students go to their regular tuition’s, IIT coaching, and are already burdened with studies and goals. They also hardly get any time to spend with parents, which can leave a vacuum between them. It is also imperative for parents to trust their children to understand them better. If your child is digitally inclined, let them be and encourage them to understand technology better. There are certain digital platforms like Aakash iTutor that can be your child’s IIT coaching mentor if they want to become the engineers of tomorrow.

Here are what science says about raising your children

Students who are socially competent and can cooperate with their peers are more successful in life. A 20-year study by Pennsylvania State University and Duke University found out that students with good social skills are more likely to earn a college degree than those with limited social skills. It is imperative for parents to encourage their children to socialize in groups and take part in group activities.

Involve Your Kids in Everyday Chores

The idea here is to teach your child that importance of doing their own work in life, to be a deeper part of life. Be an authoritative parent rather than being an authoritarian parent. It is important to give your child their space too, so don’t be too permissive with them! Create an environment where your child respects the authority but doesn’t feel strangled by it.

Demonstrate and Lead by Example

By showing your own worth, education, and achievements, a child will understand the value of their work at school. Citing influential figures, and helping them choose a role model will benefit them immensely. A child will learn better if they have a goal and a role model to follow.

According to a national survey by the University of California, researchers discovered that the expectations parents hold for their kids have a huge effect on what they attain. Without overburdening them, a parent can keep high hopes and let their child be free reigning into what they achieve in the end. The Pygmalion effect states that higher expectations lead to an increase in performance.

Stay in Control of your Emotions

This does not mean you are supposed not to share your feelings. It is all about not losing your cool when you are angry. If you show good parenting skills by teaching your child how to deal with anger and frustration, it will make them a better person eventually.

Children follow everything that we teach them, and they will try everything that we tell them not to try. It is important that your child understands the rationality behind every suggestion you give them. If you child is particularly interested in a particular career, then you should encourage them and try and learn more about their choices. Also, always hear out your child before dismissing their point of view. It is true that raising kids can be hard, however, if you start.