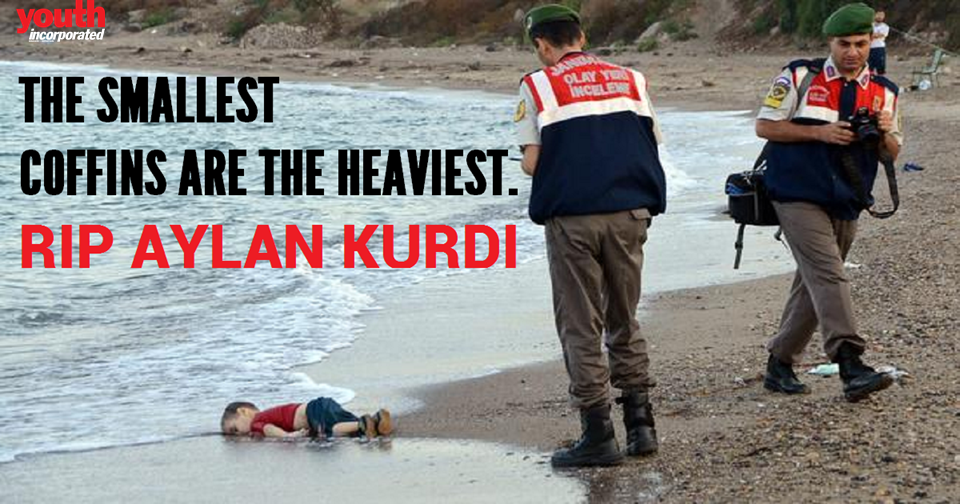 Aylan Kurdi, a 3 year old boy whose body washed ashore on a Turkish beach has forced the world to look differently at the Syrian war crisis.

Abdullah (A): My two sons and my wife died.

Radio Rozana (RR): What time did this happen?

RR: You went with a Turkish smuggler, yeah?

A: One of them is Syrian and the other is Turkish.

RR: One Syrian and one Turkish?

A: Yes, they took us to a place that is one-hour away from where I live.

RR: Abu Ghalib, what made you leave Syria? Is it the difficult circumstances or you just wanted a better life for your sons?

A: You know how it’s like in Syria at the moment. ISIL is destroying Syria. We came to the Turkish government for help, but to no avail. I went through a lot. I was trying to work hard for me and my family, and my sister is also trying to help provide us a residence in Istanbul. I was hardly surviving, how will I also provide for my wife and kids? Only then did I decide to leave, with financial help from my father and sister to secure a place to live, a house or something. The first time I tried to leave, the boat engine broke down. On the second, third, and fourth attempts, the Turkish coast guard caught us and forced us back. Eventually, we paid a guy 4,000 euros for my wife and I, while they asked for half the amount for my children.

A: Yes, hoping that it would work this time. However, the boat was too small. It was 5 meters long.

RR: Did they tell you that it was a 5-meter fishing boat?

RR: How many of you were on that boat?

RR: And that’s why the boat couldn’t handle it?

A: [noise] … then the smuggler started sailing and it was going well. Once we left the Turkish coast, we were faced with high waves. Suddenly, the Turkish smuggler jumped off the boat and ran away. After that, a huge wave hit the boat and flipped it over.

RR: And you lost awareness of your surroundings? Were you aware of what was happening around you after that?

A: I held my wife and two kids tight and grabbed the edge of the boat for about an hour, and my sons were still alive until that point. The first died so I left him to save the other, but white foam started coming out of his mouth and he died also. So I left him to save my wife, but she was already dead. What else could I do? I stayed in the water for three hours before coast guards finally showed up.

RR: But, weren’t you supposed to be wearing life vests?

A: We were. But they were all fake. They were useless. I just want to say a word to the world. My life is already over, but I’m asking them to have mercy on the Syrian people!

RR: Are you considering trying to flee to Europe again?

A: Never. Never. I was only going there to secure a better life for my family. I worked in Istanbul for long hours for only 50 Liras a day to provide food for my kids. I had to work very hard so that I didn’t have to end up in the streets begging for food. But God has decided to take it all from me. My life is over. However, I am asking the world to have mercy on the Syrian people, because watching what’s happening is nothing compared to going through it. I mean Syrian workers only get 25% of wages in Turkey and are made to feel like it’s a favor by to let them work, do you understand what that means? I don’t want anything from the world, I just wanted them to take action and help. May Allah have mercy on those who died including my children and wife. I will not consider getting married or having children again. My life is over.

Did Aylan Kurdi deserve this?