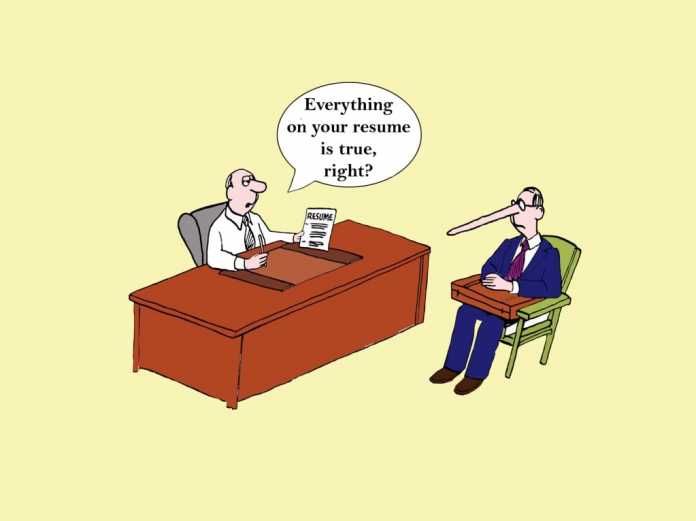 Before we even step out of the college world and begin finding jobs, we often find professors stressing on the importance of drafting a strong resume. This is because a resume plays a crucial role in painting a basic idea of us to the employers before we even present ourselves to them.

If you have a dream of securing a job in some of the best companies, you must put genuine efforts in building a strong resume. Meera Jakkli brings to you some helpful tips in doing the same.

Let’s Look At The Facts

Research has shown that 58% of people lie on their resumes and 33% of them said the problem has worsened after the onset of the recession. Most of the falsifications, shockingly, are associated with educational qualifications. 70% of college students said they would be willing to lie to land a dream job. These are quite common with applicants for senior management positions as well since they go through a series of interviews, their C.Vs aren’t much focused on.

The experience you have should be showcased in a better way. It should highlight your roles and bring out the best in you. Using resume designs and unique layouts to project creativity are also great. Be as comprehensive without being repetitive. Explain each position in your experience and all your job responsibilities and skills. There is no good side to lying on your CV aside from being noticed from the sea of resumes that some companies receive every day. Slightly exaggerate but know when to stop.

Some may argue that lying on your CV just enough to impress the officials to interview you, is “not really lying” but it’s important to realize there are dire consequences for serious offences. If this is discovered after you are hired, it can result in, not only your job being retracted but will be jeopardizing your future prospects You could, in fact, be better suited to a job than an applicant that has more experience but being caught lying shows the level of credibility, or lack thereof, that you possess. And credibility is one of the most major things that officials seek in prospective candidates.

How Far Is Too Far?

Though lying might get you further on in the selection process, hiring officials aren’t living under a rock. You may be asked to prove your skills in the interview room, your ex-“boss” may be contacted and your educational institutes can be verified with. Background checks are a major part of the hiring protocol and when those are questionable, they are forced to reject your application. Nobody cares if you increased a month working at a company but if you create a fictitious company, it’s going to come back and bite you at some point.
It is a felony and can hamper possible chances of employment with other companies in the future.

How To Improve It

You can use the time spent stressing about what to fib, to improve your CV without all the lies. Research the company. Find the values it stands for, the qualities that its top employees embody and personality traits that gel with the company culture. Now more than anything, transferrable skills are taken into consideration. Showcase passion and talent in soft skills that relate to the post you are applying for. The interview plays the biggest role for any hiring HR manager and once you ace that and prove yourself to them, an average resume is not going to be a big hurdle at all. The intent for a job is a major factor in the decision-making and making that clear through knowledge is the best substitute for lack of experience.
Realize there is a difference between exaggerating and plain lies. If the lines between these get blurred, rejections might not be the worst thing you face. That is when things start turning ugly

The Funniest Lies On Resumes