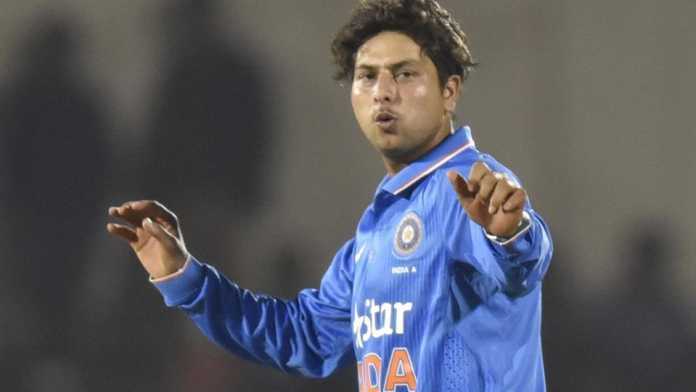 Kuldeep Yadav catapulted to international cricket stardom and went on to become a rising star on the Indian cricket circuit. But Kuldeep has revealed that rejection from Uttar Pradesh’s U-15 team selectors had pushed him to contemplating suicide, at a very tender age of 13.

At the Hindustan Shikhar Samagam in Lucknow, Kuldeep said: “I had worked hard for my selection, but when I was not picked, I mentioned suicide in frustration. It happens to everyone in the heat of the moment”. He also admitted that he was a ‘meritorious’ student in school, and played cricket merely for fun. It was his father who wanted him to take up the sport seriously and took him to a coach.

“I always wanted to become a seam bowler, but my coach forced me to become a spinner. When I bowled a few balls, I was asked to make it a habit. Otherwise, I didn’t know I was bowling something different,” he said.

He initially looked up to Pakistani ace Wasim Akram, but then turn to Australian legend spinner Shane Warne. His grip of the ball, length of deliveries and use of the crease is something that Kuldeep tried to learn from. Kuldeep has taken nine wickets in two tests after a triumphant debut against Australia in Dharamsala, which also marked his international debut.

He has also played a prominent part in the ODIs, and made his mark in the Indian Premier League with the Kolkata Knight Riders. Prior to his debut against Australia, he was a part of the U-19 Indian World Cup team. He has also become only the third Indian bowler to take a hat trick in the ODIs. And he’s all of 22!