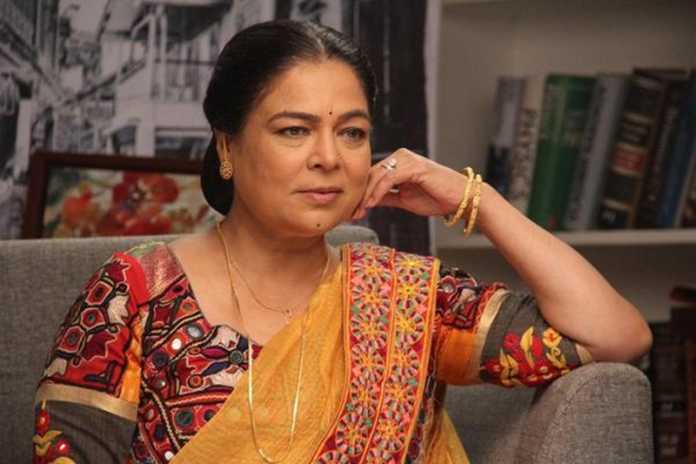 Veteran actress, Reema Lagoo passed away in Mumbai due to a cardiac arrest. She was 59. The actress had been taken to Kokilaben Hospital at around 1 am. Reema Lagoo’s son-in-law told news agency PTI, “She was complaining of chest pain so we took her to hospital around 1 am. She passed away due to a heart attack around 3.15 am. She was perfectly fine and had no health issues…so it is really shocking for all us that she is no more with us.”

Reema Lagoo was born in the year 1958. Her mother was a well-known Marathi actress. She herself started acting right after finishing school in Pune. She started her career with Marathi films and shows. The actress was widely known as B-town’s favorite mom due to her several roles in films. Her best-known roles were in films such as –

Her famous shows such as “Tu tu main main” and “Shriman Shrimati” have been liked by all. The actress was last seen in the Mahesh Bhatt serial “Naamkaran” as a vamp.

This is truly sad news…she was warm, gracious and an exceptional actor…I had the privilege of directing her….#RIPReemaLagoo

RIP #ReemaLagoo such a loss to art and cinema. You are and will always be our favourite screen mom. My condolences to the family.

T 2428 – Just heard the shocking and unbelievable news about Reema Lagoo’s passing .. such a fine talent and gone so young ! Very SAD !!

Saddened. RIP #ReemaLagoo. She radiated talent, beauty and such warmth. She will be missed. Condolences to her family.

Reema Lagoo was a versatile actor who left a big impact in the film & TV world. Her demise is saddening. My deepest condolences: PM