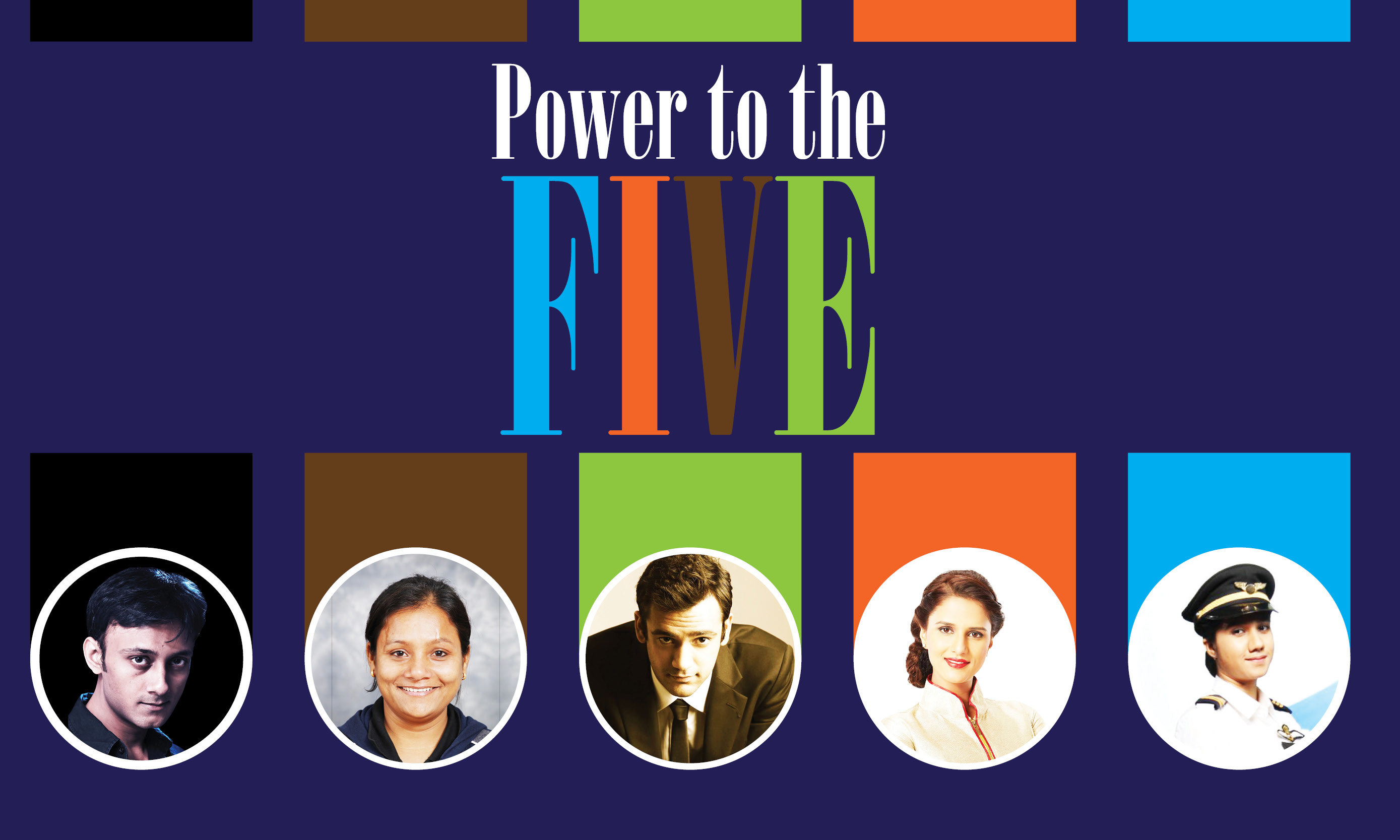 Stuti Nabazza delves into a world made of the five elements, why they are so important and why they make the most dynamic combination of fives

We all like to congregate at boundary conditions. Where land meets water. Where earth meets air. Where bodies meet mind. Where space meets time. We like to be on one side, and look at the other.” – Douglas Adams, Mostly Harmless

Keeping in theme with our 5th anniversary issue, we wanted to come up with something symbolic related to the number five. We thought of a lot of things, until we came up with the five elements of nature. Nothing plays a more influential and decisive role in our lives than these elements.

The water in our glasses, the air we breathe in, the land we stand on, the soothing fire and, most importantly, ether. We look around at everything and they are a product of these five core elements. It is essential that we understand why these elements are connected to our existence in this universe. The answer lies deeper than its tangible significance.

Lets talk about the earth. In the context, earth isn’t just restricted to land, but also extends to all that consists of the earth as a whole. Why is earth such a dynamic symbol? Consider its tangible abilities and we see that it grows life. It nurtures the living and displays an ability of empathy.

There are not many inanimate substances which come with the ability of giving back what they get. This is what makes the earth exceptional. From this roots its metaphysical significance. To diverse cultures, earth is a congruent symbol of uniformity, stability and reliability. Its metaphysical significance has more ground to it than its physical existence. A definitive contradiction to air, the earth forms the solid substance of all being. Passive and influential is what distinguishes this powerful element.

Right in paradox, we have air. Unlike earth, air is more of an active and volatile element. In the physical sense, it is the source of existence. In the broader perspective, this element signifies the power of intellect and mind. Air as an element symbolizes the invisible, unpredictable, and ungovernable. Its quality of inspiration and creativity is categorically both a physical and abstract definitive. While air is capricious, water is calm and reflective. One of the fluid elements of the five, it is one of the core essentials for mental and physical balance. It is believed to be healing, inspiring and is an elixir of positivity. Water is known to be the purest of forms. It extinguishes fire, another powerful element. Across all beliefs, water has always been sought as a necessity to discover and cleanse one’s inner spiritual and physical self.

Fearless, powerful and potentially destructive, fire as an element is a symbol of might and influence. Its physical significance lies in its manifestation of the sun, where its brightness and light stand to enlighten. Its basic associative natures are creativity, will power, bravery and compassion. On an influentially inclined note, it is everything forceful, dominating, strongly sexual and energetic. While all of these elements had a physical premise, aether defies this norm.

Aether, one of the most abstract and seemingly complex elements, it defines the energy that fills all spaces. This energy adheres to free interpretation as divine, spiritual, religious or paranormal to different beliefs and cultures. Aether does have a physically conclusive existence, its meaning and definition inclines towards the existence of an intangible power that exists and in turn governs the actions of the universe.

Hence, we’d say that these elements stand out among others. Why? Because each element by itself stands for a quality which is commendable and unique. Water signifies self-reflection, earth for being empathy, fire for bravery, air for being unconventional and aether for self-connection. It is tough, possessing these qualities and rising beyond a quintessential spectrum. These elements symbolize exactly that. Each helps in shaping us as humans. And to go beyond the ordinary to carve a place for yourself among those who dared to defy the “normal” are the people we look up to. So, for our special anniversary issue, we bring you five exceptional individuals who dared to rise above the ordinary and stand as revolutionaries when it comes to personifying these powerful five elements.

When it came to boundaries, she flew across too many. The girl who refused to keep her feet on the ground. Ayesha Aziz, youngest Indian pilot for Air.

Why be predictable and do the expected? To make way for your passion and believe in your ideas, Chef Shipra Khanna plays with Fire.

Swim your way to passion, and believe in your own power. Swimmer Rehan Poncha speaks about his connect with Water.

Believe in the unbelievable and break through the barriers, Gaurav Tiwari, CEO and founder of Indian Paranormal Society defines Aether.