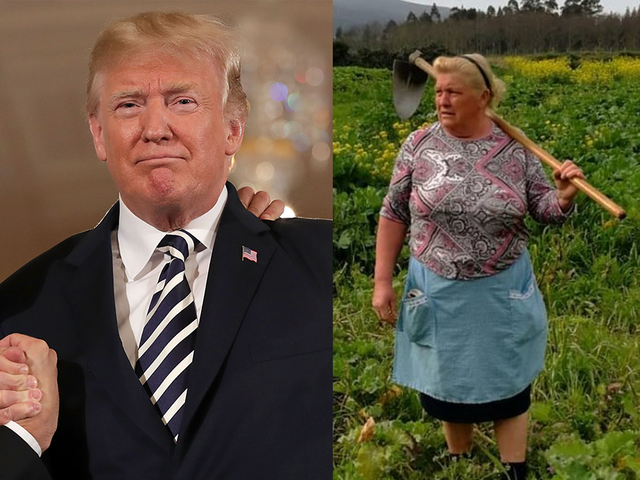 Narendra Modi has a very popular doppelganger hailing from the state of Kerala. Ramachandran sports the white beard and face-cut of Modi, and proudly does so. A lot of people come up to him as he travels, for a selfie. Once in Ayodhya, he was mistaken for the Indian Prime Minister and everyone thought he came for a surprise inspection. When they realised his identity, they all had a hearty laugh and took selfies with him. Scarlett Johansson was more than enthusiastic last year when she saw a viral photo of her doppelganger. What was interesting was the fact that the photo was taken in 1967. Yes, Scarlett Johansson doppelganger is a grandmother now. Johansson invited her for the premiere of her movie Rough Night in June 2017. Both of them were spotted on the red carpet of the premiere holding placards. Johansson’s placard said, “Hi, my name is Geraldine,” and the doppelganger’s placard said, “Hi, my name is Scarlett.” Swedish bartender Konrad Annerud gains a lot of attention due to him looking like the young Leonardo DiCaprio we love to see on the big screen. However, he isn’t very fond of this attention as he keeps having people stopping him to get a photo, which can sometimes be really annoying. Actress Priyanka Chopra’s mother was almost fooled when Chopra sent her pictures of a fitness trainer from Vancouver, Navpreet Banga as they both look extremely similar. The fitness trainer often posts photos on Instagram and tags Priyanka from time to time. This has made her popular world-over. President Donald Trump maybe a rich and controversial figure, but his doppelganger is the exact opposite. And by opposite we mean his look-alike is a woman! Dolores Leis Antelo is a Spanish farmer who looks exactly like Trump. She has stated that her photos might have gone viral because of her hair. People on Twitter have even taken to comment that they wished the actual Trump was a Spanish farmer and not their President. Yikes! Chelsea Marr from Scotland bears a striking similarity to popular actress Angelina Jolie. The Scottish student has had two surgeries but they were not done intentionally to look like Jolie. One surgery was done so as to fix a broken nose and another to make her lips fuller. However, she claims she had no idea this would make her look like Angelina Jolie. Cristiano Ronaldo is a Portuguese football player who has a huge fan following. One such fan is Saki who is a German football-freestyler. He also regularly plays in Bundesliga. He ardently follows Ronaldo and has similar style to him, but more so he looks a lot like the legend himself. This has landed him a number of promotional gigs with popular brands such as ADIDAS.