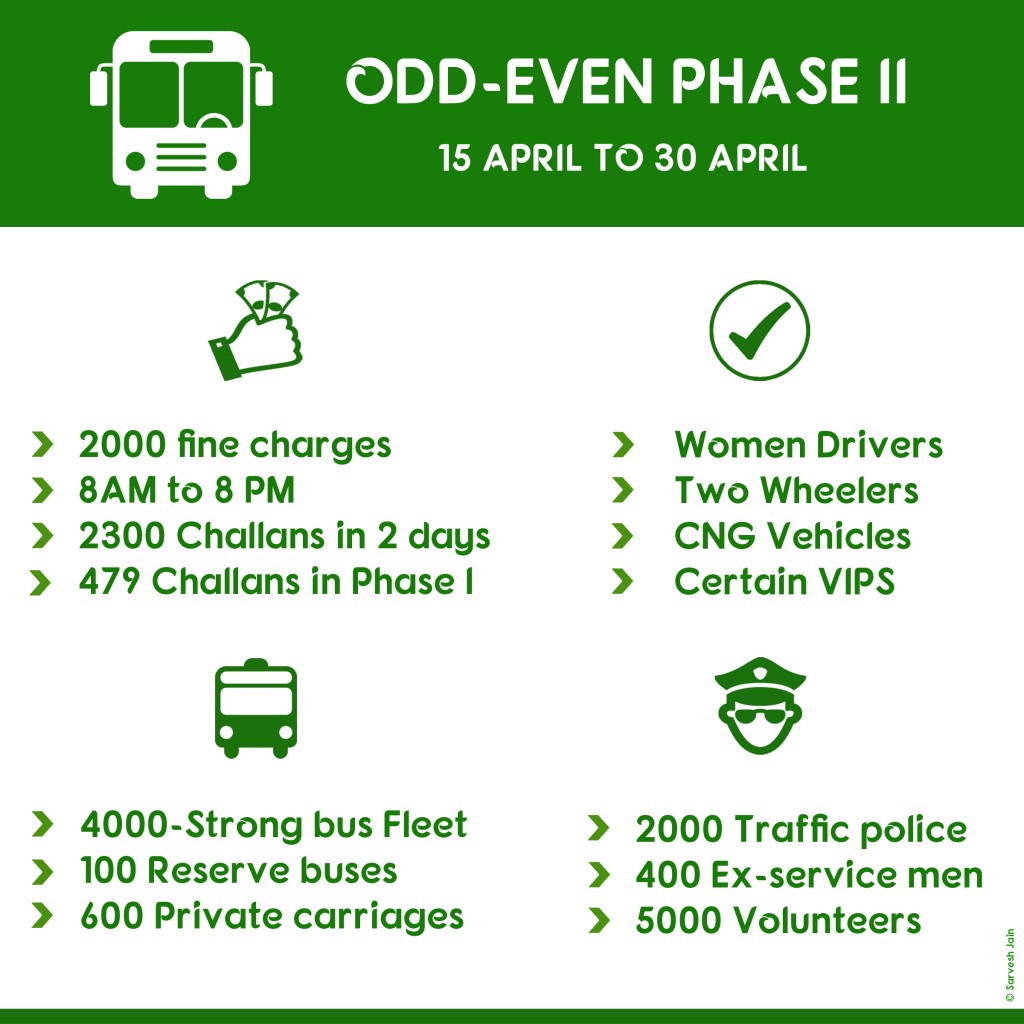 Under the leadership of Delhi Chief Minister Arvind Kejriwal, the Transport Minister Gopal Rai has put forth the maximum emphasis on the smooth functioning of #OddEven scheme starting from Monday 18 April as it is the first working day of the week. The reopening of School, Colleges, corporate and other institutions have made the rush to its peak.

The government on Sunday said it has doubled its preparations for the first working day of phase II of the odd-even scheme. Few auto-rickshaw trade unions threatened to call it a strike on Monday, but with the support of the Lieutenant Governor, the auto-rickshaw strike in Delhi was called off.

Metro will increase trips by 56 to 3,248 a day for the duration of the odd-even scheme. Two hundred trains will be pressed into service every day. For the convenience of commuters, 80 more operators would be deployed at ticket counters in Metro stations.

It is being advised by the transport minister to the car owners to avail the car-pooling feature in the “PoochO app” launched by the government.