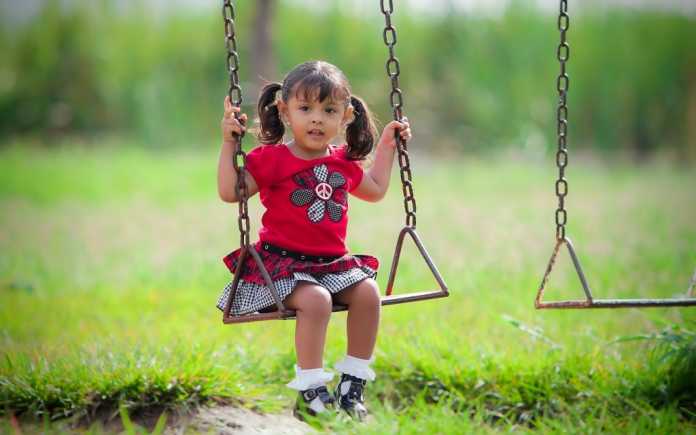 “I never want to have a daughter!”

I nearly gagged on my absurdly over-priced Iced Tea at the quiet café that I was seated in. I turned to glance at the person who had voiced this ancient opinion. Hoping to see a woman from a much older generation, (not that I would have forgiven her if she were) my eyes were disappointed as they landed on a young girl, probably in her early twenties.

“I can’t and would never want to raise a baby girl! I mean, just look at the world we live in! It’s such a filthy and unfair place for a girl to live.” To be honest, this was not the first time I have heard a woman of my generation freak out over having to raise a girl. The same view has been expressed by of my friends.

I thought feminism had progressed enough so that girls born today would not have to face as much gender discrimination and inequality as our generation did (just as we had a better time than the generation before us). I never understood why so many of these modern souls were so paranoid at the thought of having to raise a daughter, that they reject the idea even before one comes their way. Was it because these women have seen society put a lot at stake on a girl’s safety? I suppose a daughter’s anatomical differences as opposed to a son’s obviously call for more protection and ‘looking after’.

Especially in India, I do not deny that we are yet to establish a place that is entirely safe for a woman to live independently in. We have progressed quite a bit in that the modern Indian society allows for her to express herself, but it also comes with consequences that their male counterparts needn’t worry about. For instance, I know many women who suppress their opinions with the worry that men and their families will find them unsuitable to be their bride; yet no women would discriminate a man because he is confident and has an opinion. If a woman disagrees with a man, she usually ignores him or finds a productive way to prove him wrong. But women who speak out, irrespective of the extant of agreement or disagreement receive the label of being ‘abnormal’ or ‘head strong’.

I just can’t help but think that women have always had the world in their hands. It is said that half of this world contains women and the remaining are their children. If we want to create a world where men treat women with basic humane respect, I think we should start by working on the sons. If a daughter can be forced to change her life and suppress her curiosity to stay safe and accepted by society, I am sure that, with the same amount of effort and care, a boy would be able to suppress his primitive urges and learn to see a woman beyond the stereotypes of her gender.

It sounds far-fetched, right? This is why I say raising a boy to be a ‘proper’ man may be equally, if not harder than raising a ‘proper’ girl.

I am sure all mothers would not want their sons to be one of those men that ruin another girl’s life. There are parents who will argue, “But we never teach them to disrespect women!” I believe that respect is something that must be taught.

Respect is a natural trait only for some lucky members of the human race. I also believe that women have always had the choice to contribute to a better world by raising their sons the way they think men should be. If only the parental stereotypes based on the gender of the child had interchanged! Imagine a world where mothers took the effort to ensure that their sons interacted with all girls in a healthy manner (without assaulting, harassing or slandering). Imagine if all parents could raise their sons to respect women and view them and their opinions objectively rather than as objects that speak. Imagine if every parent spent sleepless nights worrying and trying to inspect every part of their son’s life to make sure that he is not the one that girls secretly curse within the confines of their rooms for eve-teasing or demeaning them based on their feminine qualities. And best of all, imagine if boys are taught to keep their egos and impulses in check for fear of not attracting a proper wife.

I imagine that in such a world rape and sexual harassment will be as rare as the occurrence of a Tsunami (I hope these rarities will be the result of those rebels who just never listened to their parents rather than products of parents who never tried). Such a world will be one where daughters can walk confidently past a group of men with dignity and without the fear of being cat-called, eve-teased or whooped at. It is only in such a world that parents of daughters can sleep in peace.

Raising boys to be proper men is as big a responsibility as it is to raise a proper woman. The bottom line is that raising a kid with values is hard work, irrespective of its gender, as opposed to the stigma of daughters being ‘difficult’ to raise.