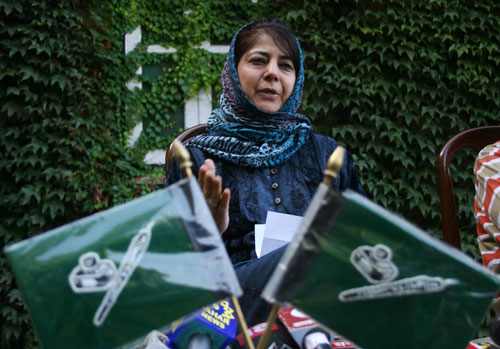 Mehbooba Mufti from the Public Democratic Party took oath as the 13th Chief Minister of Jammu and Kashmir. For around 3 months, the state of Jammu and Kashmir was under the control of Governor and there was no cohesive legislature after the death of Mehbooba’s father Mufti Mohammad Saeed. The state is quite hopeful of its chief new minister who is also the first women chief minister of Jammu and Kashmir. The PDP will rule in alliance with BJP which has equal representation in the cabinet. Many political leaders took over to Twitter to congratulate her, including Prime Minister Narendra Modi.