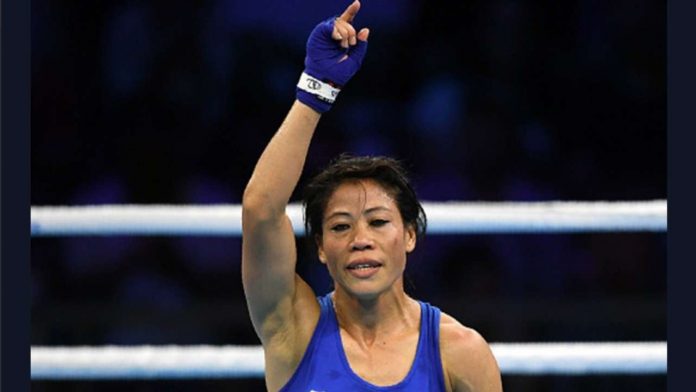 India’s Mary Kom has been crowned the world’s top woman boxer, another feather to her cap after becoming the first female boxer to win six world championships. The 36-year-old bagged the number one spot on the AIBA (International Boxing Association) World Rankings in the Women’s light fly 45-48 kg category.

Kom obtained her sixth World Championship title in 2018 by defeating Hanna Okhota of Ukraine. Okhota currently stands at second position with 1,100 points, while Kom has a total of 1,700 points. Kom is also the recipient of a Padma Shri and a Padma Bhushan Award.

Her victory puts her on par with the men’s record which is currently held by Felix Savon of Cuba. She also won gold medals at the 2018 Commonwealth Games and the Silesian Open Boxing Tournament in Poland. She bagged a silver at the Strandja Memorial in Bulgaria.

Kom won silver at the inaugural women’s world championships in 2001, kickstarting her international career. She went on to win gold in each of the next five world championships. Kom, who was the subject of a Bollywood film in 2014, won bronze at the London 2012 Olympic Games.

Other Indians included on the list Pinki Jangra in the 51kg category, and Manisha Maun in the 54 kg category, tied up at the same spot. Simranjit Kaur, who won a bronze medal in the 64 kg category was placed at the fourth position. Former silver medallist Sonia Lanther was second in the 57 kg category.

At present, Kom is preparing for the 2020 Olympics’ 51 kg category, as her preferred category of 48 kg is not included in the games.