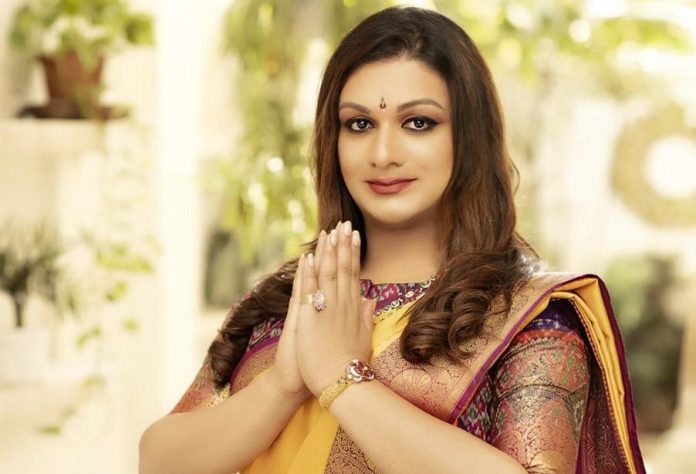 Apsara is a journalist and activist who has been vocal about causes such as child rape and is a sensation in Tamil Nadu. She was also associated with AIADMK and BJP for a brief period. She quit the BJP because she felt “the BJP is regressive and has no place for free-thinking individuals” and that she was only seen as a “photo opportunity” for every Women’s day.

“I come from a background where I was exposed to many prejudices and injustices quite early on. The hypocrisy and discrimination only motivated me to work against injustice. India is being governed by forces that place far more importance on religious identity than the rights and dignity of women. The Congress is truly a party that built India and sustained us for generations with good policies and a sensitive and inclusive approach towards governance. Rahul Gandhi ji’s commitment to fair representation of women, woman-centric manifesto goals and dynamics are truly inspiring and I would be delighted to serve women across the country under his leadership,” Apsara said of her appointment.

AIMC President Dev said that Apsara’s dynamic personality will be a great asset to the party’s women wing. Apsara’s plans involve meeting with a cross-section of women to address issues pertaining to their rights. She also plans to “campaign vociferously against the fascist BJP dictatorship which drives a coloured agenda-reducing people to what they eat, how they pray and how they love.”

Apsara was offered the role of national spokesperson by former Tamil Nadu CM J J Jayalalithaa, which she carried out until mounting tensions with AIADMK forced her to quit. She strongly feels that being a woman is a blessing, and was quoted saying, “Over 40 percent of Indian women according to the Human Development Report’s Gender Inequality Index suffers abuse, neglect or violence at the hands of their husbands or family members. Girl child rape is at an all-time high. To protect women from crimes and abuse we need to embolden their voices, frame policies that push for intervention and strengthen our social justice mechanisms.”

She is excited to work with the Congress Mahila State Unit’s across India towards women’s economic empowerment, fighting against social injustices, helping women find their human rights and help contribute to the Congress party’s manifesto with women-centric policies.