After a number of requests by lawmakers both in the US and UK, reports suggest that Facebook CEO Mark Zuckerberg will testify before Congress about the recent Cambridge Analytica data scandal.

Facebook recently came under after it was revealed that personal data belonging to millions of Facebook users had been shared with the political research firm without users’ consent. Both Republican and Democratic members of Congress, as well as members of the U.K.’s Parliament, criticized the co-founder over the site’s inability to protect user privacy. Cambridge Analytica, which worked with Donald Trump’s presidential campaign, siphoned data from about 50 million Facebook users, and identified itself as an election-consulting company that could sway voters in contests all over the world.

A letter addressed to Zuckerberg read –

“As the Chief Executive Officer of Facebook and the employee who has been the leader of Facebook through all the key strategic decisions since its launch, you are the right person to testify before Congress about those decisions and the Facebook business model. The hearing will examine the harvesting and sale of personal information from more than 50 million Facebook users, potentially without their notice or consent and in violation of Facebook policy. The hearing will also explore broader questions about Facebook’s policies at the time Facebook Platform was launched, today, and in the future regarding both Facebook’s use of user information and the access to user information Facebook provides to others.”

CNN first broke the news of Zuckerberg’s willingness to testify, and the CEO is currently working on a strategy for his testimony.

According to Fortune, the developments have prompted some people to delete their Facebook accounts and have heightened concern that the social network will lose advertisers and be subject to tighter regulation. It’s also fueled a 16 percent decline in Facebook shares. Facebook fell 3.8 percent to $153.93 at 2:28 p.m. in New York.

Zuckerberg will be under pressure to appear before other congressional committees, including the Senate Judiciary and Commerce panels, whose members will want him as a star witness. 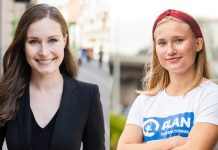