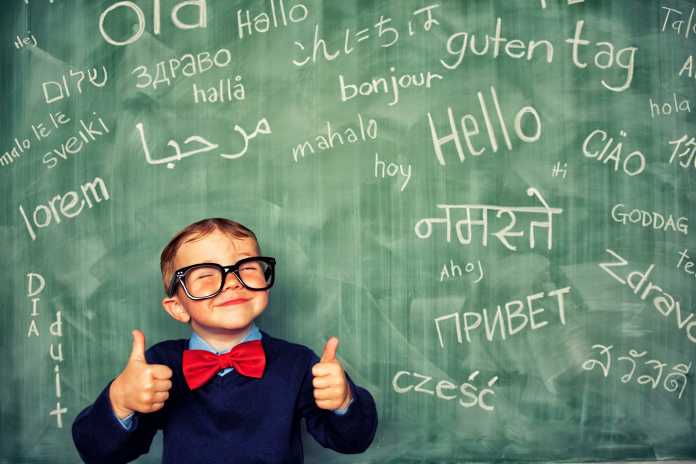 Learning a new language? Doesn’t it remind you of your early school days, starting with numbers and moving ahead to the alphabets? Eventually moving to writing skills and the most error-prone grammar. It always seems difficult to pass with merits in any language. However, this revered skill will add up to your resume, experience and knowledge. It may also come to your rescue as a code language, when others around you don’t understand it.

When you learn a new language you also get to discover a whole new world, where the culture, history and cuisine are totally different. While there are about 6909 living languages in the world, on an average a person spends his whole life using just three languages.  Here we take a look at five languages that are most beneficial if learned now.

One of the oldest language in the world. Having a greater level of difficulty, this native language of china enjoys being spoken by every sixth in the world. On an average an English speaking person requires 2200 lecturing hours to develop the language skill required to reach fluency in its usage. Chinese grammar is in many ways similar to English grammar. A simple Chinese sentence structure consists of a subject, a predicate and an object. What most may find difficult are the four tones for the same character, which are not there in English language. You also need to learn about 3000 characters to read a book or newspaper.

Also know as Castillian, Spanish is the second most spoken language in the world and quite romantic. Almost 75% modern Spanish is derived from Latin with 8% influence from Arabic. This is one languages that uses inverted question and exclamation marks (¿ and ¡,) in the sentences.If by any means, are you considering the options to settle in the states, you need to know Spanish as it is the second language  out there. Though English is an available option, but speaking the native language with the native speakers makes the communication easier and better. With over 437 million users of this language, it also holds importance from the business perspectives, in case you want to deal in any of the 20 countries mostly in Latin America and the islands including Spain, those have accepted Spanish as their official language. It’s comparatively easier to understand and learn, provided you have the will and patience to be perseverant until attaining fluency.

Middle-East, is known for its wealth, oil, culture and language. The said language has a specific ability to present things very tactfully and diplomatically. Arabic considered to be very tough in learning, is still spoken by as many as 422 million people under the sun. The farthest reaching language, is more widely spoken in 20+ countries round the globe and the sacred language for 1.7 billion Muslims. Being one of the most reverent of the languages Arabic needs lesser than 88 weeks to be mastered upon. Arabic is written with an Abjad script and is written from right-to-left as compared to other which are right to left. So learning Arabic can really move you up the corporate latter in the middle east.

A language that is spoken by almost 215 million humans around the globe, will have a factual expansion of your communication circle, if learned. The native language of Latin American country of Brazil, is a home to all the Portuguese people. An added benefit that the Portuguese imperialistic rulers established roots of this language in as many as 10 different countries, stretching from America to Africa and Asia. Learning this language means gaining the worth over your visa to Brazil.

In a bid to setup their expansion, Russians usually prefer Russian speaking people around them. With as many as 160 million speakers of this language, Russian is another important language to learn. From the business point of view, Russians being wealthier, in other comparisons, make the most out of their native language speaking counterparts. It becomes more important for you to venture when you visit the 14 countries of the CIS countries, including Russia, which have already were under the Russian influence. Russian is the most widely spoken Slavic language and part of the Indo-European group of languages having some words similar to Sanskrit. It is the second most used on the internet after English as most of the software engineers, hackers, and even space station have the Russians working there. From Leo Tolstoy to Dostoyevsky,  and Alexander Pushkin to Chekhov there is a lot of rich literature that is written so if you are an enthusiast then learning Russian will give you a whole world of options.

To conclude…There are many other languages but comparatively less spoken like the most talked about French, or the most respected Hindi, mostly considered arrogant Japanese or the craziest of all Italian. Learning a language can boost your chance of spreading your feet into the fourth most growing job of translators, over the globe.Earning from foreign source becomes easier which also gives you a complementary global exposure with an added star to your Resume.

Learning languages is hence important and is now even cheaper, check “7 Apps you must have on your Android phone”, on our website, to know how learning a language is now a leverage to your pocket.