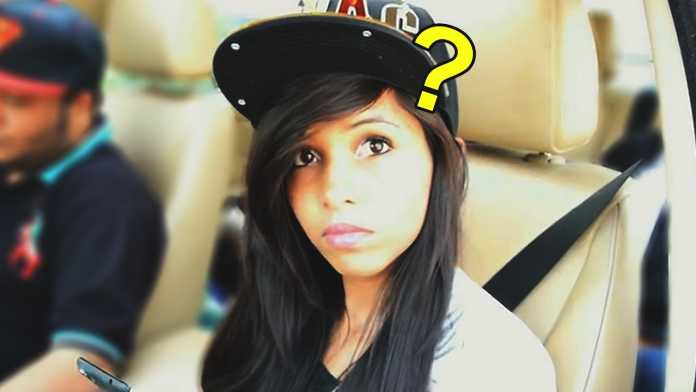 We all must have come across people who did merely not deserve attention, but they also deserved some shares, some laughter reactions and some trolls. The word ‘deserve’ in the first line being used sarcastically to denote that they literally deserved something more than the things enlisted.

These social media content generators, have in the era, used their power to generate content on a serious note, which missed its seriousness. The level of unintended laughter that they generated got applauds over the social media making them go viral unnecessarily.

Though nothing happens without a reason, they’re going viral with a reason being the troll-targets and jokes. Here I list down some of such people gone famous over social media who didn’t deserve the e-fame.

Her composition and lyrics is all that, she is famous for. Hailing from a town in Delhi, Pooja has created riffles across the social media with her talent that is considered foul and fun-point for the masses. ‘Selfie Mene Leli Aaj’ and ‘Daru Daru’ were her viral songs that went through enormous trolls and reactions so many that this negative motivation caused her to come out with another of her composition ‘Dillon Ka Shooter, Hai Mera Scooter’

On being asked about the unnecessary fame she has, she takes it as love from the people across the globe and plans to continue making these songs and potentially making people happy from their busy and hectic day. But music considerers have her on their hit-list while commenting on her. She might sound funny for some but mostly everyone considers her irritating as they say listening to her can cause some permanent brain damages, an intended pun.

Her millions of views must have fetched her good revenue to keep continuing the business until the time doesn’t fade for her.

The Semi-male version of cry-themed Dhinchak Pooja is no other than Naoman Khan-The Legend. His kind of videos may either force you to pity his childish condition at an adult age or make you laugh at the comments that taunt him below every of his uploads.

Naoman Khan considers himself a ‘legend’, I’m sure an un-meaningfully used term. His Facebook page and YouTube channel has over lakhs of followers who either follow to comment, abuses to him or to get trolls out of they try running their own business.

This kind of crying and cribbing for everything makes his voice so irritating that after a while you wish he hadn’t got it. Still, the trolls are more enjoying than his creativity.

The Pakistani lady hurling abuses at the government had her time over the social media so well that she was baptised online for her missing identity. The ‘Gormint Aunty’ is the lady who openly abused the administration on a news channel interview. She became famous with her different accent of giving bad words that seemingly is funny every time you view it.

Her name was a mystery which was concluded with her being named ‘Gormint aunty’, the word being derived out of her pronunciation of the word Government. There are Raps and Remix’s of her abuses, with people imbibing their creativity.

On a funnier note, the way she abused the Pakistani administration on air, being fearless of the consequences, literally makes her deserving for the tag of being a ‘Legend’

The ‘Angel’ singer wearing a long gown, boarding knee-length hair and wandering in the garden with a kid, whom he calls Angel is Tahir Shah.

One thing is for sure with such people, they get abused, trolled or negatively reviewed but still hold the fame, name and earn over it. The best ever example of how Negative publicity works in favour.

The most trolled Indian politician of the era, Rahul Gandhi is the Vice-President of the congress party and the son of the former Prime-Minister Rajeev Gandhi. Having all the well to do connections and wealth he wasn’t that famous until the recent years when he started addressing public rallies and meetings.

His style of speaking and exampling situations by itself invites trolls and memes. One of the lamest facts of his speeches, still doubt to some, as he being the VP of the party that was solely the over-taker after Independence.

From being called a Momma’s boy to a fresher politician with the most experience Rahul Gandhi, a.k.a. Pappu is not spared by anyone, except Congress followers.

His song on Pen Pineapple Apple Pen was a literal butchering of lyrics writing and genocide of the music composition. Taking it in a fun way was the only option left as the song that was released into the social media couldn’t be taken back.

The other songs from the same singer still had at least an element music attached but this was not even a jingle and went viral solely because of its foolish idea.

Another person who never did and still doesn’t deserve the social media fame is Mr. KRK. The self-styled movie reviewer or critic is always unwelcomingly avoided by a larger mass for some serious content, but yes he is sought to laugh at.

Kamal R. Khan has good contacts with Bollywood celebrities hence there are high-level chances that the review might not be authentic, but the fun element is the way he considers himself to be a pioneer in filmmaking and shatters the unsolicited reviews. He has received a lot of negative fame all over India and the adjacent countries for his absurd content.

Thought these people intent to entertain others by their content, most of the times they themselves become a point of entertainment. Many times this so works in their favour that it can even hatch them the US Presidency or many at times can bathe in dollars for monetising their clips. Be it for fun or with an intended serious notion it’s good that they are at least caring for someone’s smile and entertainment with their un-harming nature. The abusive lures that some receive in their comment section is also saddening on their part.

The memes and trolls are funny and entertaining but keeping my point, the fame and hype they however received still remain unnecessary.