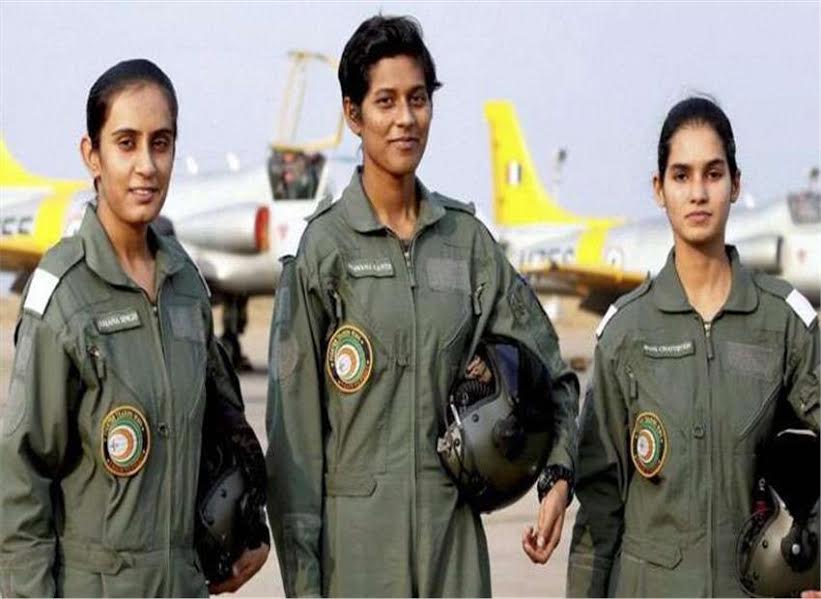 June 18 is a day to remember in the history of modern India because it’s the day when the Indian  Air Force (IAF) inducted its first set of women pilots into its fight squadron.

The three female pilots appointed are Bhavana Kanth from Bihar, Avani Chaturvedi from Madhya Pradesh and Mohana Singh from Rajasthan. The three cadets were inducted after successfully completing their pre-commissioning training in various branches of the Indian Air Force.

On the occasion of their graduation, Defence Minister Manohar Parrikar was present to witness the graduation parade at the Indian Air Force Academy in Hakimpet, Hyderabad. The three pilots will now head to Bidar in Karnataka for stage-3 training with the British-built Hawk advanced jet trainers, post which they will be assigned squadrons.

“I wanted to carry on the family legacy of serving the nation by being in defence, and what better way than fighter-flying,” she said while speaking to NDTV. Her father is a warrant officer with the IAF, while her grandfather was a flight gunner at Aviation Research Centre.

While this is the first time that women have been inducted into the fighter squadron, female pilots have been working helicopters and transport aircrafts in the IAF since 1991. After the government announced the induction of women as fighter pilots in the IAF, a total of six female cadets have been competing for the posts, out of which 3 were selected for the fighter streams.

Speaking to the press, Parrikar said, “This is just the beginning. Slowly, women in large numbers will be part of the armed forces,”.