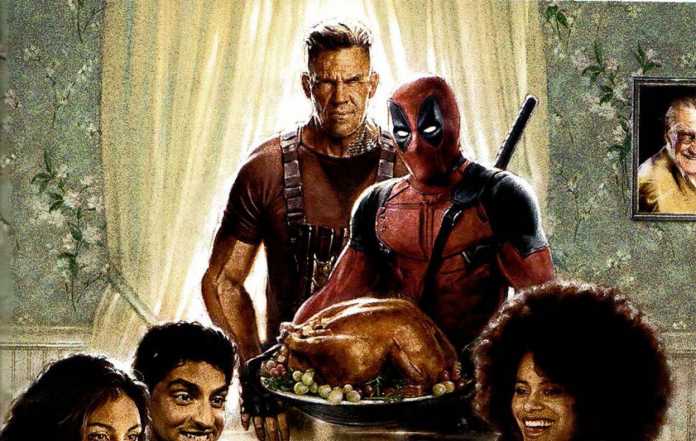 The movies of 2017 were compelling, and filled with suspense. We witnessed some breathtaking movies that kept us at the edge of our seats. Movies like Dunkirk, Logan, Thor:Ragnorok, Wonder Woman made their way to the blockbuster list thanks to the marvelous cinematography and storytelling. Let’s take a look at the upcoming movies of 2018 and what they have to offer to all you movie buffs out there.

The ‘Pitches are back’, to kick-start 2018. The Barden Bellas have returned one last time. It all began when Beca (Anna Kendrick) put herself out there with a raw performance of the cup song (that has become an internet hit) and joined the Barden Bella’s. Since then we have been entertained by this group of misfits and their silly humour. In the final installation of the movie, the Bellas, who are now graduates, get a chance to sing for the USO tour. This will be the final time the A capella group of girls reunite to perform. The Indian release of the movie has been scheduled for the first week of January.

The Marvel comics character Deadpool(played by Ryan Reynolds) left all the movie fanatics hungry for more right after the credits rolled in post the first installment of the movie. We can expect the second part of Deadpool to be packed with same level of action and humor. The movie is expected to release on 1st June 2018 in the United States.

We bid farewell to another franchise-The Maze Runner. The movie was adapted from James Dashner’s books and has been an exciting adventure over the course of the two films. The final series sets the protagonist Thomas ( Dylan O’Brien) on a path to search for a cure for a deadly disease ‘Flare’. The only problem is that it is hidden in the deadliest maze of all, the Labyrinthian last city.

The character Black Panther made its debut in Captain America:Civil war. The prince of Wakanda gets its own chapter in the Marvel movie universe. The movie is directed by ‘Ryan Coogler’ and we can expect a fun filled adventure with a slightly different, grittier tone to the other Marvel films. The movie is set to release in the month of February.

‘Avengers’ is considered as the most ambitious superhero movie ever created. The new installation ‘Avengers: Infinity War, brings together the entire Marvel cinematic universe for an epic adventure. The Guardians of the Galaxy, Avengers, Spider Man, Doctor Strange and many more reunite to take on the mighty villain Thanos .

This will be JK Rowling’s tenth wizard world creation and the second of the Fantastic Beasts series. It is yet another hugely anticipated film of 2018. This movie is directed by David Yates and the movie stars Johnny Depp,Ezra Miller, Katherine Waterston, Eddie Redmayne to name a few. We can’t wait to get lost in the magical world of JK Rowling.

From the page to the big screen, Everyday is yet another book adaption from the author David Levithan. This teen fiction film tells us about a young couples’ love story and that love has no boundaries. Sixteen-year-old Rhiannon falls in love with A, a mysterious spirit who inhabits a body every single day. Feeling an unmatched connection, the duo try and find each other every day not sure of who or what might happen the next day. Soon, they realize that loving someone who changes their personality every 24 hours starts to take a toll, leaving them to make the hardest decision either has ever had to make. The movie is scheduled for release in February.

This movie is based on the bestselling book Simon v/s The Homosapiens Agenda. It stars Katherine Langford ( from 13 Reasons Why ) as Leah, and Nick Robinson as Simon. Everyone deserves an epic love story but for 17-year-old Simon it might be little complicated. He hasn’t told his family or friends that he is gay and he doesn’t know the identity of the anonymous classmate that he has fallen for online. Resolving both these conflicts makes this film hilarious, terrifying and life-changing. This film will hit theaters in the month of March.