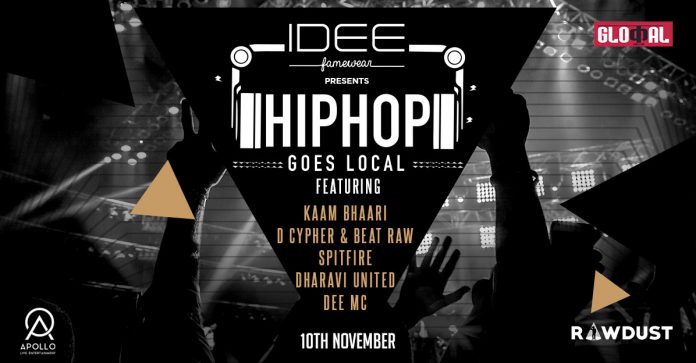 Nikunj Mehta is a 23-year-old hustler & the founder of an on-the-rise company called RAWDUST. His company has produced dramas in the past, including Khandani Golmaal, Laqueer and more. Their new venture is related to another on-the-rise culture/ industry which has made its way inside the hearts of the people of Mumbai – Hip-Hop.

Hip-Hop Goes Local, a collaborative effort of RAWDUST and Apollo Live Entertainment to bring about traction, hype and awareness to the Hip-Hop culture to make it grow. From what we have heard, everyone at RAWDUST and their founder are all hardcore Hip-Hop heads who would do anything to make it bigger and larger in India. Their line up consists of a lot of artists from the movie ‘Gully Boy’, the Oscar-nominated movie surrounding the culture.

How has Nikunj become the founder of a company at such a young age?

Nikunj is a hustler who lives by the ‘no pain, no gain’ motto and sticks to the grind, but would never shy away from partying. This makes him perfectly fit the harsh requirements needed to juggle between the time commitments of a young person his age and the commitments to be a founder of the company.

Rawdust is a company that started off as a digital magazine, and moved on to talk shows, and is now a fully-fledged content creation company (theatre and digital) and has also expanded into an event management company.

How Do I Buy Passes?

Passes are live on BookMyShow.

Where Is The Concert Happening?

Why Should You Attend This Concert?

It will be a raging Hop Hop party with strong bass, and moreover, you will be supporting an underground culture and the young artists in it who have been struggling for years. Also, they don’t shut down at 10.