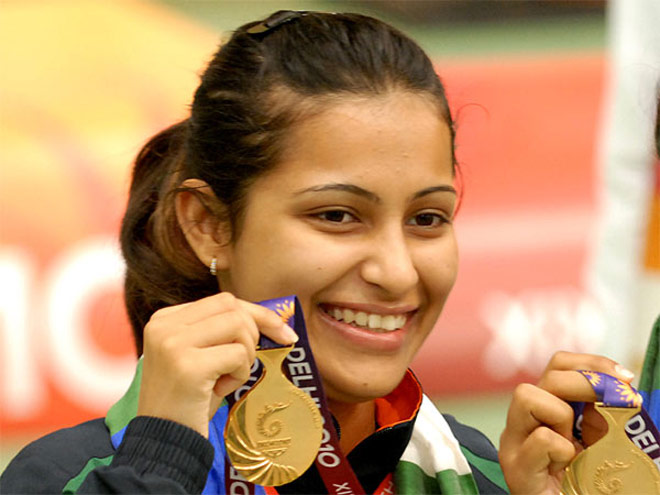 It has been an athletically amazing week for India, with two of India’s prominent sports persons bagging victories under their name. Although, when we say theirs, we mean their entire country’s.

First up in our list is the Indian shooter, Heena Sindhu. She claimed the bronze medal in the woman’s 10m Air Pistol tournament, in The Grand Prix of Liberation, 2017. Her medal was one of the 7 which India won as a part of the championship.

Heena shot 218.8 in the eight-woman final, won by Greek shooter Anna Korakaki, who had won a gold medal in the 25m pistol and a bronze medal in the 10m air pistol at Rio Olympics of 2016.

Anna shot 246.3 to finish ahead of Germany’s rising star, 21-year old Michelle Skeries took silver with a score of 237.8.

The championship was held in Czech Republic. India returned home with one gold, two silver and four bronze medals.

While the shooting fraternity is celebrating, the throwers of javelin too have risen their heads out of pride.

Devender Singh, one of the many brave hearts in the Indian army won the javelin throw session of the Indian Grand Prix. He became the second Indian, joining Neeraj Chopra for the London World Athletics Championships, which are all set to take place in August.

The qualifying mark to get ahead was a throw of 83m. Devender, thanks to his excellent javelin skills managed to reach 84.3, thereby qualifying for the world championships.  Devender, who is from the Army, had a previous personal best of 80.21m, achieved in last year’s Grand Prix event in Bangalore. So far, only 15 Indians have qualified for the world meet, which is scheduled for August 5 to 13, 2017.

His equivalent, Neeraj Chopra, who is just 19, qualified on April 28th. He won a silver medal in the second leg of the Asian Grand Prix in Jianxing, China.

It is a bit upsetting though that these unsung heroes do not get the media coverage that they deserve. We congratulate them with all our hearts, and wish them a great luck for their upcoming major world championships.