There are always doubts about the Internet doubling as an educator, but Salman Khan has made virtual schooling a reality

The story of the Khan Academy organisation starts in 2004. Its owner and creator, Salman Khan, was working as a hedge fund analyst after completing a Master of Business Administration programme from Harvard Business School. His cousin was facing some trouble with learning maths so he began teaching her via the phone with the assistance of an interactive notepad which functioned over the Internet. Helping his Cousin
The technique seemed to help his cousin understand quite a bit of what she was learning, especially since the informal setting allowed Salman to slow down every time she was finding it difficult to grasp the subject, and speed up at topics she was able to learn quickly. His cousin also found the teaching style to be relaxed and practical which was much better than the rigid teaching methods which were being adopted in classrooms. Word got out and by 2006, Salman had begun tutoring more than 15 relatives and friends. Salman decided that it would make more sense to make videos of his tutorials and upload them to the Internet so everyone could learn. With this in mind, he started uploading tutorials to a YouTube account in November 2006. Gaining Momentum
The YouTube account soon received many hits from students looking for alternate ways to study. Students were finding it incredibly easy to learn using Salman’s technique and had started referring to his notes as their primary learning tools. They enjoyed his casual approach to the subject along with his use of humour and the fact that the videos could be paused so the students could have in-depth practice in certain topics before moving on. There was plenty of praise for Salman’s teaching methods on the YouTube account in the form of comments from students. This prompted him to quit his fulltime job as a hedge fund analyst in late 2009 and focus entirely on uploading new videos to his YouTube account which was given the alias Khan Academy. Khan Academy
The Khan Academy website was soon launched which hosted the same videos as Salman’s YouTube account, along with other functions such as progress tracking, practice exercises and a variety of tools for teachers. The website featured many interactive programmes and tutorials. There were options on the website tutorials to alter the pace to suit the needs of each individual student. It propagated a one-to-one learning system so each student would get the individual attention they needed as opposed to a classroom scenario where a single educator’s attention is divided between multiple students. The website also made learning fun by turning it into a game and awarding badges for doing well by tracking students’ progress in an overall leader board. This system was found to improve motivation, especially among younger students.
By 2010, Khan Academy achieved considerable success and was among the leaders in web-based education programmes. The YouTube channel recorded more than 202 million visits from over 2,000 instructional videos and had an excess of 429,000 subscribers. The system was hailed as an innovative approach to education, as the format had managed to emulate one-on-one tutoring without the flagrant cost it would require to employ countless teachers. There was also praise for Salman Khan for having put the tutorials on the Internet where they are easily accessible to those who cannot afford tutoring on a personal basis.

Recognition
Salman Khan was featured in PBS NewsHour, The Colbert Report, Forbes magazine, on Fortune magazine’s list of 40 under 40, in Time magazine as one of the 100 most influential people in the world and in several other news bulletins. He was awarded the Microsoft Tech Award for education and was invited by Bill
Gates to speak at TED 2011. Khan Academy receives significant funding from the Bill & Melinda Gates Foundation. Google also showed its appreciation by providing the Khan Academy US$2 million to create more courses and translate their core library into the world’s most widely spoken languages.

Widespread Use
The techniques employed by Khan Academy were soon adopted by classrooms in the USA. Students were allowed to learn from Salman’s tutorials first to grasp the subject. Their teachers would then explain it to them afterwards. Salman Khan visited many schools to explain his tutorials and provide tips to teachers
who were using his tutorials in the classrooms. Offline videos were distributed in Asia, Africa and Latin America by not-for-profit organisations. In mid-2012, Khan Academy had a multi-language release in Indonesian, German, Spanish, French, Italian, Swahili, Norwegian, Polish, Portuguese, Russian, Turkish, Xhosa, Greek, Bulgarian, Ukrainian, Urdu, Arabic, Persian, Bengali, Hindi, and Mandarin.

Future
At the moment, Khan Academy primarily offers pre-college mathematics and physics tutorials but Salman Khan aims to revolutionise teaching methods by creating “tens of thousands of videos in pretty much every subject” and hopes to create “the world’s first free, world-class virtual school where anyone can learn
anything”.

“I’d say we’ve moved about 160 IQ points from the hedge fund category to the teaching-many-people-in-a-leveragedway category. It was a good day his wife let him quit his job.” -Bill Gates 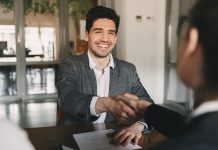 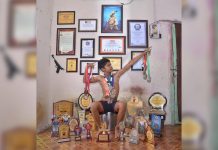 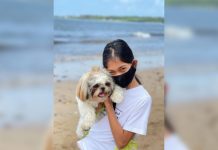