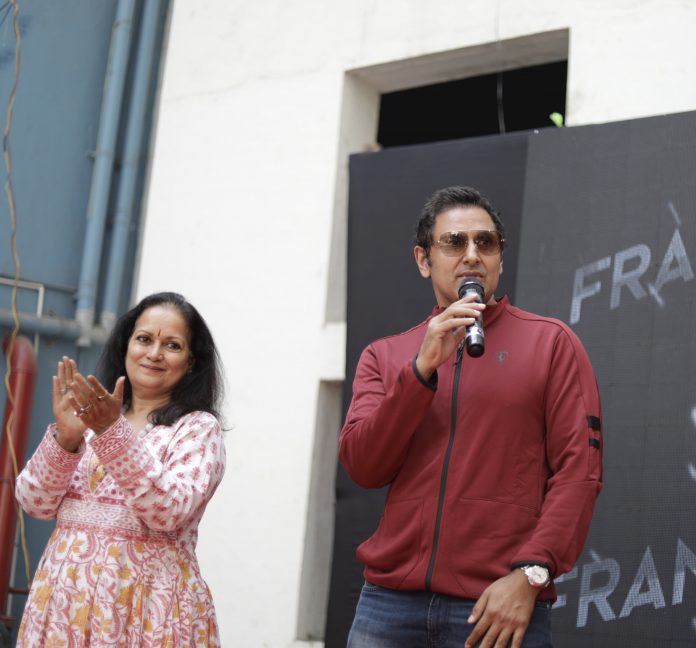 The first day of the 16th glorious edition of Frames, powered 9X Jalwa with the theme ‘Director’s Cut: An Ode to the Makers’ was a grand success. This fest is India’s largest Undergraduate Film festival and is a 3-day fest with eminent personalities gracing the occasion to judge the film entries.

The fest began with the inauguration ceremony where the students performed some splendid dance performances depicting the visions of 7 different director’s of Bollywood. The event was graced by actor Himani Shivpuri, who is known for her prominent roles in Bollywood films such as ‘Kuch Kuch Hota Hai’, ‘Dilwale Dulhaniya Le Jayenge’. Bollywood director and actor Parvin Dabas who starred in films such as ‘Monsoon Wedding’, ‘My Name is Khan, ‘Khosla Ka Ghosla’ joined Ms. Himani on the judging panel for International Short Films.

The guests along with the faculty were then invited on stage to light the lamp and give a few encouraging words to the students. Himani Shivpuri expressed her gratitude by mentioning about how she feels to be a part of the 16TH Frames Festival followed by Mr. Parvin Dabas who said, “One of the most important things to be an actor and director is passion and that is what I see here”.

Later, the screenings of International Film category began which was judged by the mentioned celebrity judges and a token of appreciation was presented to them. Ms. Himani mentioned how moved she was after watching all the films made by aspiring filmmakers.

The next two days of Frames Film Festival will see Aditya Seal, Param Singh Bhatia, Chitraath Singh and many more on the judging panel of categories like Ad Films, Documentaries and Animation films. On the 11th, Frames will be having Dalip Tahil and Uday Shankar Pani for the panel discussion ‘Insight’ with the topic ‘Society in Motion’. On 12th, there will be having an interactive session with Tanuj Virvani followed by the award ceremony which will be graced by celebrities like Ahsaas Channa and Parul Gulati. So, all you film enthusiasts join them at SIES College, Nerul.