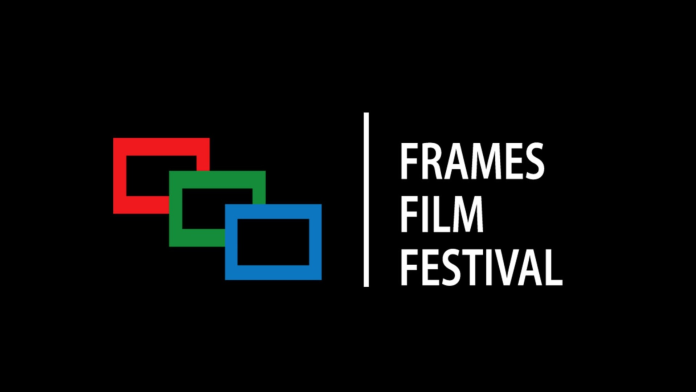 Founded in 2003, Frames Film Festival is an initiative by the BAMMC students of SIES (Nerul) College of Arts, Science and Commerce for providing a platform to the promising and aspiring filmmakers from all over the world. Today, it has grown to be India’s Largest undergraduate film festival. Frames Film Festival 2022 is powered by co-powered by MTV.

The 19th edition of Frames Film Festival celebrated cinema with its theme: Karwaan – An expedition through Cinema. This year, Frames took the audience on a journey through the different eras of Indian cinema and some glimpses of international cinema.

On day 1, Mr. Anang Desai graced the inauguration of Frames 2022 with his presence. When he was asked to share some insights with aspiring actors, he said, “I definitely believe that there should be commitment and passion at work. There has to be a lot of hard work if one wants to succeed in this field”. A festival trailer was played and the YouTube Livestream audience expressed their enthusiasm and eagerness for the screenings to begin. The first event for the day, International Short Films began by welcoming the judges which included actors Ira Dubey, Yashpal Sharma and Indira Krishnan. The five films that were screened for this category were received exceptionally well by both the jury and the online audience. The second event for the day was National Short Films, which had actors Manjari Fadnis and Denzil Smith. He said a few things about understanding a character in detail, to which Manjiri agreed. The third event for the day was a Panel discussion about creative writing for which Raghuvir Shekhawat, Ruchika Roy and Amitabh Verma were invited. Ruchika shared what it’s like to have a writer’s block and how to overcome it. “A writer should be curious and keep writing regardless of what others think”, says Ruchika. She also praised the works of Martin Scorsese, Linklater and Neil Gaiman, advising aspiring writers to refer to them. The first day of Frames Film Festival concluded, leaving the audience with the promise of much more to come in the next two days.

The events of day 2 were screenings of Animation and  Documentaries and a Panel Discussion about acting, called ’Actomania’. A festival trailer was played, and the audience via YouTube Livestream expressed their excitement for the screenings to begin. The first event for the day, Animations began by welcoming the judges which included animators Reena Mapari and Jeevanchandra Karandikar. Both the jury and the online audience were blown away by the ten films that were screened for this category. Sir Jeevanchandra also praised the Selection Committee’s work. The second event for the day was Documentaries, which had cinematographers Sunil Patel, Vikash Sivaraman and Director Rajesh Ranshinge. The films showcased here also drew praise from the judges for the messages conveyed and important issues conveyed. Vikash Sivaraman shared his  experience when asked about his most challenging work. He explained, “It was challenging for me when I was new to cinematography.”

The third event for the day, Actomania, was a Panel discussion about acting for which Kainaz Motiwala, Abhikant Tiwari and Girja Shankar were invited, who shared their experience about their acting and choices. Abhikant Tiwari said, “Acting is not as easy as it looks. It is not something you just wake up one day and do. There are many complications and a lot of hard work is involved”. His advice to young actors was “Acting is a skill that should be properly studied and one should get education in it.” Kainaz Motiwala remarked “OTT platforms are great for viewers but have a negative impact on the industry from the revenue point of view”. The second day of Frames Film Festival concluded, and the audience was extremely excited for the third and final day of frames, when the winners of all categories were to be announced.

The first event day 3 was the screening of Contingent Films, which had actors Abigail Pande and Tanuj Virwani. Tanuj Virwani commented on one of the movies, “I was quite touched by the concept” and praised it further. “I’m sure that they had limited resources and I know how hard it is to make a short film, but they still managed to do so well”, said Abigail Pande. The second event for the day was the screening of music videos for which the music composer Raaj Aashoo and the singer Shibani Kashyap were invited. A media executive asked Shibani what made her feel so passionate for music, to which she replied, “I’m into music since a very young age. Without passion, you can’t drive the talent”. The third event for the day was Posternama, a Panel discussion about poster making. Actor and writer Varun Sethi and director Nivedita Basu were invited. Nivedita talked about her NGO ‘Pehla Kadam’. Varun discussed how theatre is more difficult than TV serials.

The third day of frames ended with the award ceremony with the actor Kishori Shahane, leaving the audience and volunteers with tons of memories and promises for next year!