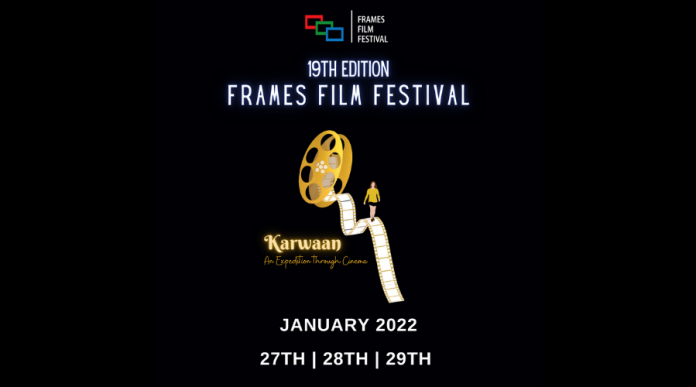 Frames Film Festival is an initiative by the students of the BAMMC department of SIES (Nerul) College of Arts, Science & Commerce for talented filmmakers all over the world. Started in 2003, today it is India’s largest undergraduate Film Festival.

Frames is a platform for new, young, and fledgling filmmakers to display their work. The festival accepts films from all across the world, not only India. The festival has previously accepted submissions from the New York Film Academy, London Film Academy, FTII, and others. Celebrities and well-known people have been asked to assess the entries and award the best works. Vicky Kaushal, Anurag Kashyap, Mahesh Bhatt, and Poonam Dhillon are among the esteemed celebrities that have attended the event.

This year’s theme for Frames is Karwaan – An expedition through Cinema. This year, Frames is going to take the audience on a journey through the different eras of Indian cinema and some glimpses of international cinema.

Karwaan is all about the history of cinema and how it has progressed to what it is today. This cinematic journey includes the golden era, era of parallel cinema, commercial cinema and a lot more.

Karwaan is not only about the eras of cinema but it is also the advancement in cinematic equipment, technology, techniques and acting styles through all these years.

This year’s Frames Film Festival will be hosted online on the 27th, 28th, and 29th of January, and will be available to see on Frames’ official YouTube channel. Although the festival is being held online this year, all the members of Frames remain as dedicated as ever to offering the best platform for filmmakers to exhibit their unique artistry and vision.