If the past few weeks have been too hectic for you, then you need an escape. What escape is better than travel? Traveling to a far off place has been one of the best ways to soothe the mind. However, just as traveling is important, so is choosing the right place. Going to a hip and happening place is too common and you are most likely to face crowds there as well. A real escape is to a place where which has more of nature and less of chaos. Dharamshala is such a perfect escape for you.

Dharamshala is located in the upper reaches of Kangra valley in Himachal Pradesh and is placed at an average altitude of 1,475 meters above sea level. Backpackers and international travelers flock to Dharamsala. It is a sight to behold, the mountains rising suddenly from the plains as the road winds around the hill to three villages.

These Himalayan foothills are covered in dense forest, and there are numerous treks to waterfalls, remote villages and the nearby Dhauladhar mountain range which are worth visiting. The breathtaking beauty is the main attraction of this Buddhist village, apart from the fact that the Dalai Lama and exiled Tibetan government have sought refuge here. Also, the very famous cricket stadium is located in Dharamshala.

Dharamshala is well known for its beauty and is also known as the capital of the Central Tibetan Administration and the Tibet government in exile and is led by Tenzin Gyatso; the 14th and current Dalai Lama, who is headquartered at Mcleodganj.

Tibetan Buddhism provides a sense of calm and serenity that one looks for with beauty. Just up from Dharamsala, you have a string of restaurants to sample the Tibetan delights, guest houses to bunk in, and boutique shops. Even if it seems non-descript, the place has been transformed into a Buddhist Mecca of sorts. There are a few things to do, like going to the Dalai Lama’s temple and visiting the Tibet Museum.

Dharamshala is not a place to miss. So when are you packing your bags? 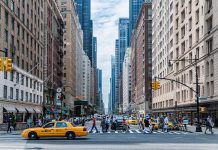