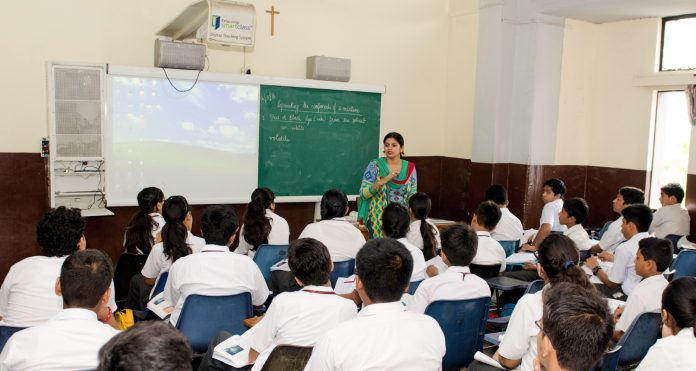 “Building infrastructure isn’t rocket science, but the way how confidence has been instilled in the teachers of Delhi government schools, through exposures at the most reputed institutes of the world like Cambridge, Oxford, and Harvard,” Mr. Kejriwal said.

“It’s unbelievable that 300-350 students of Delhi government schools got through IIT-JEE last year. I am from IIT, I know the hard work it takes,” he added.

The foundation stone was laid at the Sarvodaya Kanya Vidyalaya in New Friends Colony.

“We have no illusion that having built the right infrastructure, the work on education is completed. Today Delhi government schools perform better than even private schools, selections in competitive exams from government schools have gone up from 40-50 to more than 250,” he said.

Mr. Sisodia said the fact that education was kept away from politics is the reason why the government schools of the country are in such a bad state. “It’s high time we bring education in the political discourse of the country.”