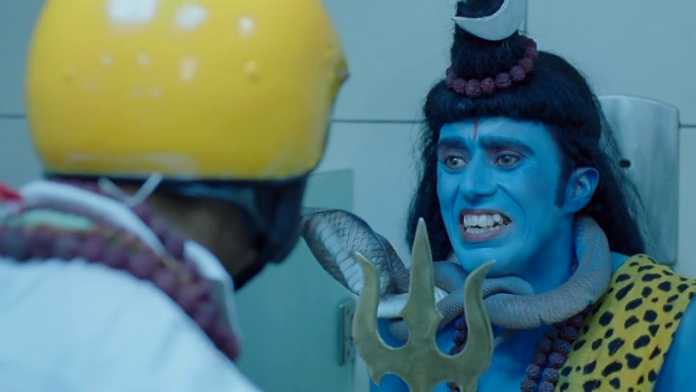 When it comes to Indian Gods and Goddesses, one simply cannot ignore the controversies which revolve around them. Every controversy sparks outrage, some just being hateful comments on social media, while some going to violent protests too. We take a look at 4 controversies which created a stir in our society:

E-commerce giant Amazon had Indians fuming, followed by millions of comments on Twitter after Amazon put up doormats and bathroom mats with bodies of Indian Gods and Goddesses embroidered on them. Seeing this as an insult to the Gods, Indian groups were up in arms against Amazon, with calls to boycott or ban Amazon too. Notable personalities such as cricketer Ravindra Jadeja and Abhijit Majumder too criticized Amazon.

Durga Puja, one of the most revered festivals in India is a field day for shopkeepers. Javed Habib, owner of a spa in Kolkata released an advertisement portraying Durga and her children- Kartik, Ganesha, Saraswati and Lakshmi enjoying the luxuries of the spa. Seeing their Gods and Goddesses in a spa seemed offensive to fringe communities, who took matters into their own hands and vandalized all his salons. Habib was sent death threats too.

One of the most renowned artists, Maqbool Fida Husain depicted nude Hindu deities in few of his paintings, which saw millions of people across India condemn his artwork. Yet, this did not deter him, even as far-right groups sent him death threats. One politician went to the extent of offering a lump sum bounty for chopping of the artist’s head. He was accused of hurting sentiments of people in India, and for manipulating religion in his paintings. His exhibitions were vandalized, painting destroyed and burnt countless times by right-winged fringe groups. The situation escalated to such an extent that MF Hussain chose to leave India as he wasn’t allowed to practice his fundamental rights. He became a citizen of Qatar in 2010.

One of India’s highest grossing films, the Amir Khan-star of PK too, couldn’t dodge the rain of controversies that targeted it. Fringe communities from across the country came together, to try and impose a ban on the Rajkumar Hirani production. The reason for the outrage was that the film depicted a  romance between a Pakistani man and a girl with a goddess- like a name (Jagat Jannani – creator of the world). Cinema halls were on the verge of being vandalized. Posters were taken down and burnt.