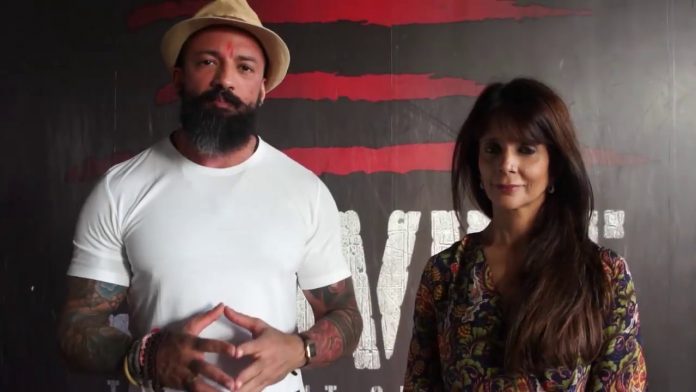 Shivoham has paved way for one of the most sought-after body programs in India, Crossfit, and has trained Bollywood biggies like Aamir Khan, Ranveer Singh, Arjun Kapoor, Jacqueline Fernandez, Kangana Ranaut, and Sonakshi Sinha, to name a few. He has joined hands with Vrinda Mehta, who has been in the industry for 20 years now, and strongly believes that there can be no Health without Happiness – together they have pushed the envelope with ‘Shivfit’, a mind and body program.

“I’ve been doing crossfit for the past ten years, and I met Vrinda at her studio where she wanted me to conduct classes. At that time, she was already doing the mind workshop with her clients, and I did one of her workshops. After Vrinda came over to the gym, we slowly began conducting the mind workshops there in small groups,” reveals Shivoham. “We realized that they’re both the same. One minus the other would not be complete, and that’s how the mind and body program came about,” Vrinda adds.

Under the program, Shivoham looks after the physical training which is a combination of weightlifting, gymnastics or body weight training and cardio packed into one intense functional workout. Vrinda takes care of the ‘mind’ aspect of the program, which is a 3 hour workshop in which Vrinda scientifically explains to you the power of your mind, the power of your thoughts and emotions and teaches you how to use the mind to visualize every aspect of your life the way you wish to experience it.

Given the rising number of cases in suicide, depression, anxiety, and more, mental health awareness has globally, become one of the most engaged talk points. The ShivFit program was also devised to generate the necessary awareness. “Mental fitness means that your thoughts and emotions are in your control, and you can use it as you wish to. The impact of physical fitness on mental fitness is tremendous. It’s the release of ‘feel good’ hormones after a good workout. However, mental fitness is not just limited to physical fitness, and this understanding needs to be brought about,” says Vrinda. “Exercising is not the only way to feel better. You can breathe a certain way to feel better, and you don’t need exercise for the release of those ‘feel good’ hormones,” she adds.

“For some people, exercise becomes very spiritual for them. You get into a meditative zone where there are no distractions of any sorts. The workout should get to the point where people don’t need other people, mirrors or music around them. Aggression should be in your movements, but there should be calmness in your mind,” Shivoham chimes in.

The influence of social media and media in general when it comes to fitness, is inevitable, especially among the youth. They’re under a false notion that only by looking a certain way or weighing a certain number, they will be attractive. “The youth need to be very clear on what fitness means to them. There is of course the physical aspect to it, but you can look like a million bucks and not feel the same from within. The sense of competition and comparison is so strong. You’re never supposed to look like anybody other than yourself. You’re a unique creation, so there isn’t any room for comparison,” advises Vrinda.

“Instead of getting influenced by how muscular or toned your favourite actor may look, take inspiration from the way they train to achieve that look,” adds Shivoham.

Some important fitness Dos and Don’ts? Says Shivoham and Vrinda, “The Dos are definitely knowing your purpose, your goal, and doing your research. Do something that makes you feel good. Don’t follow a fad or a trend. There are no shortcuts, whatever you adopt, be conscious of it. You have the intelligence to know what works for you, one particular diet or exercise regime does not suit all. Don’t kill yourself over a cheat meal or a piece of chocolate, as long as it is in moderation. ”

Shivoham has also ventured into the fitness equipment arena, with his recently launched brand called SF HealthTech. “We made a trip to the manufacturers in China, we saw the equipment and knew exactly what we wanted. We did our research. When it comes to cross-functional equipment, we’re definitely one of the top in the country. We supply to a lot of gyms already and it’s not even the first year,” says Shivoham

Watch Shivoam and Vrinda talk about their fitness mantra, and demonstrate a few easy exercise that can be don’t anywhere, with no need for any equipment –