The T20I series between Indian women & Australian women kicked off on 9th December at the DY Patil Stadium. The Indian women are playing on the home field after 21 months. In the first match, the Australian team beat India by 9 wickets. The Indian team hit back stronger in the second match after the game had gone into a Super Over. With this win, India leveled the five-match series 1-1.

Harmanpreet Kaur, the captain of the India women’s cricket team, when speaking to Sportstar, said, “We have played really well, and the last three months have been special. We are looking very positive.” She further added, “As a sportsperson, we always want to be recognised for our efforts and good performance, and equal pay will bring a lot of motivation for the current players and the upcoming stars. The motivation given by the BCCI gives us a lot of responsibility because whenever we go out to play now, we know many people are watching us. We want to give our 100 per cent.”

Quite rightly so, the girls have given their best performance and will continue to do so undoubtedly. The captain of the Indian team was speaking about the decision BCCI (Board of Control for Cricket in India) recently took of paying women and men cricketers of India equal match fees.

The BCCI announced a “pay equity policy” and emphasised on offering the same match fee to the centrally-contracted men and women players. As per the new policy, women players will now get Rs 15 lakh per Test match, Rs 6 lakh for a One-Day International (ODI), and Rs 3 lakh for a T20 International. Previously, they were paid Rs 1 lakh for a white-ball match, and Rs 4 lakh for a Test.

The annual retainership for women cricketers will remain unchanged. Grade A players will get Rs 50 lakhs, Grade B players Rs 30 lakh and Grade C will get 10 lakh. The men, who play more games, are paid Rs 1-7 crore, depending on their grade.

The announcement of equal pay followed after a BCCI Apex Council emergent meeting. BCCI Secretary Jay Shah tweeted, “I am pleased to announce @ BCCI’s first step towards tackling discrimination. We are implementing a pay equity policy for our contracted @BCCIWomen cricketers. The match fees for both men and women cricketers will be the same as we move into a new era of gender equality in cricket.”

With this decision, India has now become the second country in international cricket to implement equal pay after New Zealand which made this move earlier this year.

This decision of equal pay by the BCCI was well appreciated by all Indian citizens. 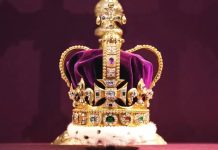 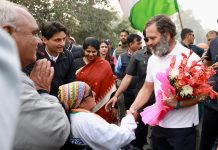