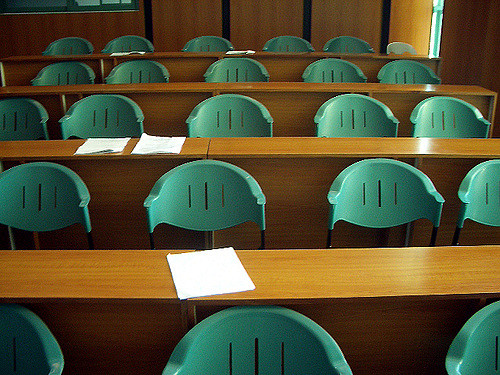 In a country that boasts of a vast majority of students hailing from educational backgrounds such as IIT, IIM and NIT, you’d think that most institutions in India must possess an unending resource of efficient teaching faculties. However, several prestigious institutes in India have been facing a serious dearth in teaching faculties.

As per data provided by HRD Minister Smriti Irani, up to 5928 teaching posts have been lying vacant in various central universities.  Out of these, there exists a total of 112 vacant teaching posts in the ST category with 31 existing in Delhi varsities alone. In addition to this, 245 vacant posts belong to the associate professors’ category.

The reason for this dearth in teaching faculties provided by Irani is that the responsibility of hiring professors and teachers is that of the central universities, which serve as autonomous bodies. However, no solution as such was provided.