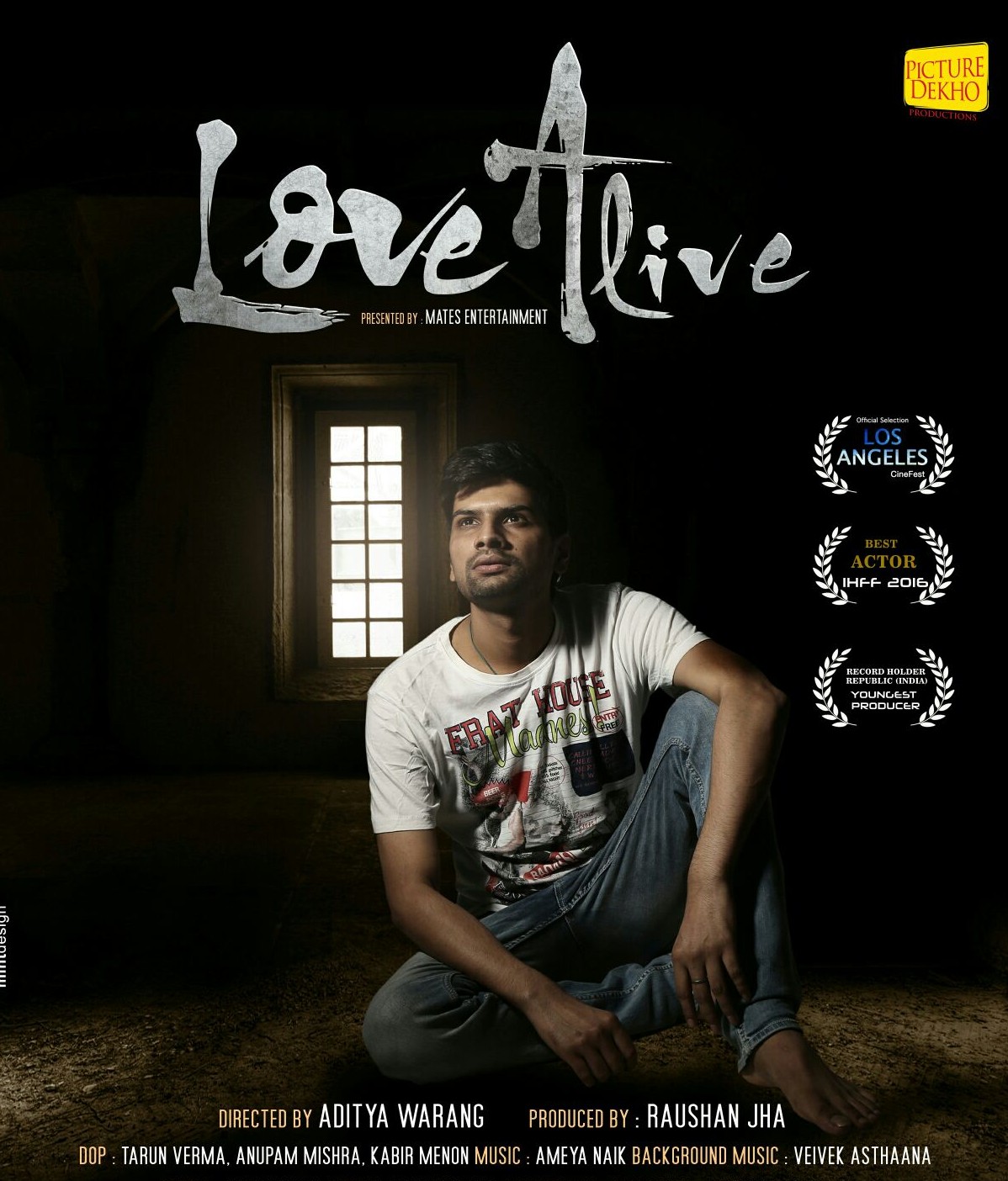 Raushan Jha wrote, starred in and produced “Love Alive,” which will be released on February 26th. His struggle to make his first film sounds like something that itself could be a movie.

Jha went to numerous distribution companies looking for a partner to release the film before finding Mates Entertainment. The company believed in the film as strongly as Jha did, and agreed to release it. It will be in theatres on Feb. 26, 2016. “Many independent films are stuck for years before being released,” Jha said. “But ‘Love Alive’ was finished and is being released more quickly than a big budget film.” At just 23 years old, Jha is India’s youngest film producer, and was recognized for that accomplishment by Record Holder Republic. Critics and audiences have seen much potential in Jha’s work, and he’s won awards for his acting in “Love Alive” from film festivals. Jha credits his success to his mother and father, who supported him during the difficult process of planning, shooting and producing his first film.

As he awaits the release of “Love Alive,” Jha is looking forward to new projects. He’s established Picture Dekho Productions, a film production company, and Sunaao Music, a music label. He is also planning his second film for next year.