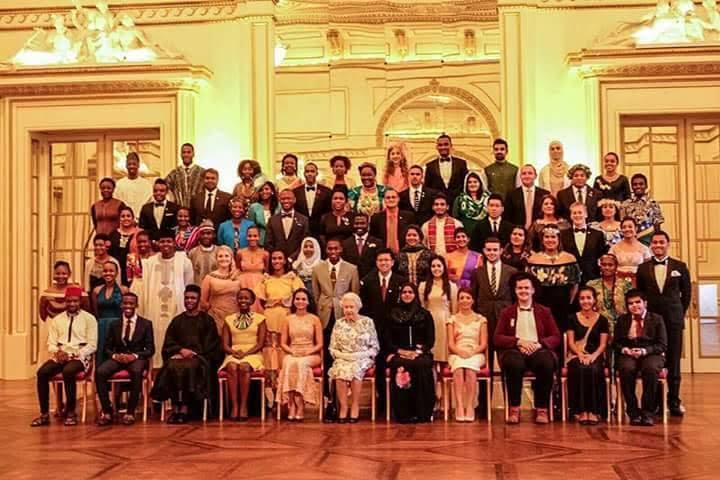 The two Indians are Kartik Sawhney (21) and Neha Swain (28) were felicitated for their exemplary work by Queen Elizabeth at the Buckingham Palace. Launched in 2014, by the Duke of Cambridge and Prince Harry, each year from 2014 to 2018, 60 exceptional young people are selected to receive a Queen’s Young Leaders Award and become ‘Queen’s Young Leaders’ – one for every year that she has served as head of the Commonwealth at the time of her Diamond Jubilee.

Sawhney is described as being passionate about universal access to education. Although he was born blind, he excelled in science and technology at school. However, he discovered that blind students were prevented from pursuing science after Class 10.

After appealing, Sawhney enrolled as India’s first Class 11 blind science student. He faced similar challenges when trying to enter engineering colleges, so in 2013 he took up a scholarship at the Stanford University.

He founded Project STEMAccess, which offers hands-on science workshops in India, as well as virtual training sessions. He is working on a portal that will allow students to convert textbooks into their desired accessible format.

Swain has worked as a youth facilitator for about five years. Two years ago, she co-founded an NGO called Rubaroo, which aims to provide an inclusive space for young people, irrespective of their socio-economic background to develop their leadership skills through interactive workshops.

Neha Swain told Youth Incorporated that the experience was beautiful. ” There were more than 2000 youth across Common Wealth who had applied for it and it is my Gods Grace and the hard work which our team had put that our work got selected. I finally received the award from Her Majesty the Queen among other dignitaries, I felt humbled to have the opportunity to experience it,” she said.