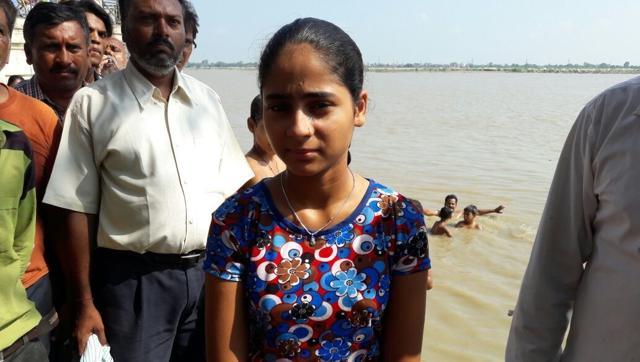 Swimming wonder Shraddha Shukla, popularly known as ‘Nanhi Jalpari’, will spread her ‘clean Ganga’ message by covering 550-km distance between Kanpur and Varanasi in 70 hours. The girl, who took a plunge in the Ganga near Massacre Ghat in Kanpur on the eve of National Sports Day (August 29), is likely to reach Varanasi on the tenth day. On an average, she will swim seven hours per day.

The 11-year-old started her journey into the swollen Ganga, with her inspirational message of ‘making the river clean’, amid ‘puja’ rituals and the chanting of ‘mantras’, and headed for Varanasi via Allahabad to cover 550 km in 10 days, here on Sunday morning.

He claimed Shraddha would become the youngest in the country and the first Indian girl to achieve such a feat, should she be successful. Earlier, she has swum the Ganga along a 282km stretch from Kanpur to Allahabad in 2014.

“I am really very excited and ready to better my previous performances. I am sure that I will complete the challenge,” said Shraddha, brimming with confidence.