Yemen is struggling under the world’s biggest humanitarian crisis. Witnessing long-standing political instability and being victims of some of the worst health care crises such as Cholera, has created deep painful scars for many of the 28 million Yemenis trapped in the crossfires. With a pandemic that could result in more mortality rates than all other issues combined, the United Nations recently implored the world for financial assistance. With their operations including health care services in the country remaining underfunded, almost 18 million people lack access to clean water and sanitation and almost 20 million people lack access to the required healthcare facilities. Unfortunately, a crisis at such a large scale is not given enough media coverage, causing many individuals to remain ignorant of the daily struggle that millions of Yemenis carry today.

WHAT CAUSED THE WAR?

History depicts how the war is rooted in the many political uprisings that Yemen witnessed. A failed political transition between North and South Yemen resulted in power being handed over to Ali Abdullah Saleh, a dictator. This was followed by a series of pro-democracy uprisings, which came to be known as the Arab Spring of 2011. The uprisings forced Saleh to absolve himself of all power and hand over control to Abdrabbuh Mansur Hadi. Being an inefficient leader, the country started falling prey to food insecurity, corruption, and unemployment under Hadi. This poor leadership and inefficiency invited terrorist organizations and rebels to take advantage of the situation and gain control. The Houthi rebels (militants of the  Houthi Movement, an Islamic political and armed movement that emerged from Sa’dah in northern Yemen) who earlier were against Saleh, colluded with him to take over the country. They faced opposition from President Hadi and his faithful troops with the clash leading to the Civil War of 2015. Hadi fled to Saudi Arabia to save himself.

Saudi Arabia in 2015, created the Saudi led coalition and intervened in Yemen with President Hadi’s approval. With strong backings from France, the US, UK, the coalition dropped bombs on the Houthi rebels and cut off access to food, water and facilities. They also imposed an air, land and sea blockade on Yemen. The Houthis launched attacks on Saudi Arabia and disrupted their oil fields escalating tensions. The never-ending conflicts continue even today with frequent airstrikes killing civilians and children, destroying their homes and lives. These conflicts have killed more than 100,000 people to date including civilians.

There have been more than 13,74,961 cases of Cholera in Yemen from January 2018 till June 2020 along with more than 3895 deaths since 2016. Children under the age of five represent more than 23% of the total cases reported in 2020. The outbreak has been attributed to lack of sanitation measures, lack of clean drinking water, dilapidated state of health care due to the ongoing conflict. Airstrikes and frequent bombings destroy most of the running facilities leading to the miserable state of affairs in the country. The charitable organization ‘Save the Children’ estimates mortality of more than 85000 children under the age of five due to malnutrition and more than 360,000 children who struggle for their lives every day.

The ongoing coronavirus has only added fuel to the fire in Yemen. With the collapsed health care systems and less supply of testing kits, the actual number of cases seem unknown with the lack of transparency by the authorities. Most of the medical staff have contracted the virus themselves and are deemed ill to treat patients. The health care workers also lack protective gear such as PPE kits, masks, and shields. With earlier diseases such as Dengue, Cholera, and Malaria having already weakened the immunity systems of the people, problems like starvation put millions at risk of losing their lives.

RISK OF FOOD SHORTAGE AND FAMINE

Food shortage is expected to rise over the next coming months and the United Nations is also expecting the number of people facing food insecurity to increase. 75% of aid from the United Nations programs for the country have been stopped or reduced operations across different sectors such as food and nutrition. Many countries previously involved in donations to Yemen have taken a step back amidst concerns that the help would not reach the intended vulnerable sections of Yemen.

WHAT CAN BE DONE TO SUPPORT?

Donate to UN World Food Programme, which can provide food to malnourished mothers and children. Contribute and donate to organizations like Mercy Relief, Baitulmaal, and Mona and Save the Children through their websites or social media.

UNHRC explores how all involved parties have inflicted war crimes through killings, torture, airstrikes, and other forms of abuse. This involves governments of Yemen, Saudi Arabia, Iran, UAE, and other Western countries who sanctioned violence. It is a rough journey for the millions of innocent people whose welfare takes a backseat amidst the rising quest for power and politics among the authorities who forget their responsibilities and duties towards the nation and to the people.  It is the lives of the civilians who are at maximum risk due to the turmoil which began years ago. Despite requests for peace from leading world organizations, the war continues without holding anybody accountable and responsible for the huge human cost resulting from these conflicts. As the world remains silent, more and more fatalities occur while depriving the people of some of the very basic rights that we as human beings are entitled to. 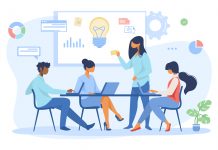 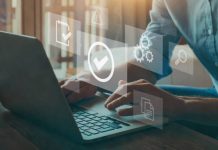 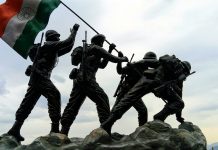 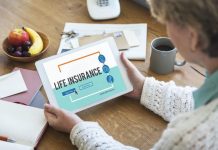