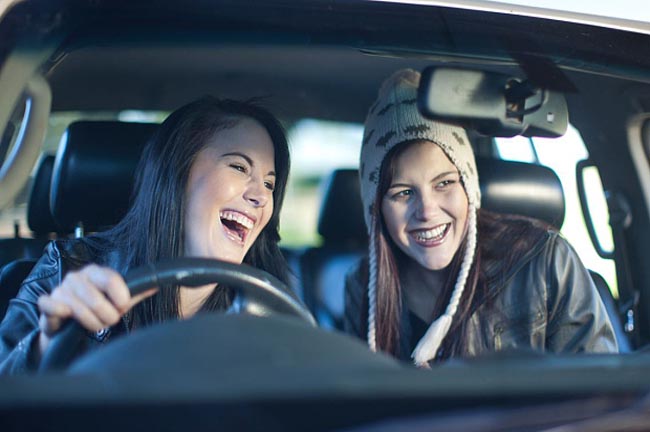 If you are a woman and you drive and often feel the need to be an extra good driver on behalf of women everywhere, you are not alone.

If I had a rupee for every time I heard the words “ women can’t drive, bro” I could have bought myself a really nice car with those rupees. I am not sure what genetic advantage men think they have when it comes to operating vehicles, but a quick nosey around the Internet will result in many perspectives to this argument, if you are curious.

As a woman that drives almost everyday, I tried to think about this argument from as neutral a lens as possible. In a city like Bombay, driving is more than a medium of transport, it is an experience that requires mental, emotional and physical concentration at all times. It really is an immersive experience.

Four lane roads can dissolve into two lane roads instantly, someone might knock on your window at the traffic light to ask for alms, and they will not go away even if you politely ask them too. Rickshaw drivers will over take you even when it seems like there isn’t enough room for a bike to pass through, let alone a rickshaw. Then there are pedestrians who will be crossing the road while on their phones and will simultaneously put their right hand up to you like a rude high five, gesturing you to halt while they make their way across the road, mid-traffic, mid-conversation. Lastly, there is also the possibility that an animal might decide to cross the road as well.

Even if we assume that men are more in control of their emotions and don’t get as triggered as women in stressful situations, there are still some things that don’t add up. How people react in fight or flight situations depends on their personality, experiences, upbringing etc. I would imagine a person’s mood plays a bigger role on their driving ability than their genitalia, but I could be wrong, after all I am just a another female driver in male dominated streets.

Just last week I was driving home in the afternoon, few hours before the festivities commenced on the day of Janamashtami. Truckloads of male participants made their way to the different venues across the city to take part in the activities of the day.

Young men rode on bikes whizzing through traffic, breaking a bunch of traffic rules on the way. It was reassuring to see many police officers stationed at traffic lights, ensuring that the traffic was moving along and there was no trouble. Even though most men rode three on a bike sans helmets, it didn’t seem to be a problem on that day.  Perhaps that is excusable considering everyone was in the festive spirit, but what is not excusable is that many of those men were smirking and staring as they halted at the street light next to my car. As angry as I was I knew better than to pick a fight in that situation.

What frightens me is that if I didn’t have the safety of my car and was on a scooter or a bike instead, those smirks might have been something worse. At least I could drown the noise of their snickering with the sound of the radio. I would like to think that those men did not have any intentions of causing trouble on their way to celebrate such a joyous festival, but watching large groups of them on bikes zig zag their way through traffic made me realise that, if it were women on those bikes instead of men, there would be a huge difference. I seriously doubt women bikers would smirk and stare at men at the traffic light. Also, the likelihood of them changing lanes and riding three on a bike without being halted by a traffic officer is low.

The traffic in our city is terrible-both men and women can agree to this. There have always been more male drivers than female drivers on the streets of this city, in fact in the nation. Male drivers outnumber female drivers, they always have.

Most public transport vehicles in our city are operated by male drivers, and most privately owned cars are also operated by male drivers- In spite of that we have to hear the line, ‘women can’t drive, bro.’ Well, that doesn’t make sense bro because if men are better drivers, why is the traffic this bad?  Maybe the ability to drive well depends on person to person, not man to woman.