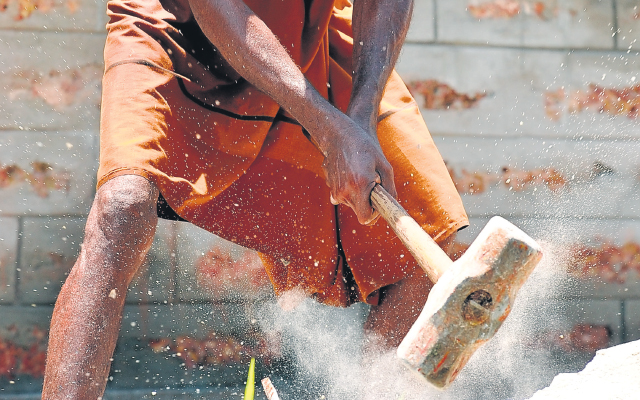 Today marks International Labour day, celebrating the importance of our laborer’s in the community. Labourers form a core part of our industry, and play important roles in helping the country progress.

As countries industrialized and started improving infrastructure, the demand for laborers increased. Laborers were burdened with excess amounts of work. Their working hours increased, but their wages still remained the same. The worker class was unable to provide for their families, and the excess amounts of work were causing injuries and sicknesses. They were ill-treated, being made to do more work and offered less money and food. Finally, when they couldn’t tolerate it any longer, worker unions were formed. They staged protests, and spearheaded the drive to bring about reforms for the betterment of workers. The governments and ruling authorities had to give in to their demands and working hours were reduced to 8 per day. There was a limit on the amount of work to be given to a worker, and minimum wages were also set.

Labor day in India began through Labour Kisan Party of Hindustan, as a movement to ensure rights and to prevent the misuse of workforce. The constitution of India contains the ‘labour rights’, which provides workers with the power to join or form trade unions. It also guarantees them decent wages and decent work environment. Most of the laborers in India aren’t aware of the Labour Laws, and their lack of knowledge is taken advantage of by managers. Here’s a few laws labourers should know of:

Workers need to be paid the exact same amount as anyone else working on the same job. Often, managers discriminate between workers, and give privileges to few workers, over everyone else. The pay should be equal, regardless of caste or gender.

Right to go on strikes

Employees are allowed to go on strikes and demand for better wages, working conditions or to stop ill-treating them. This tactic often works, and the manager has to give in to their demands as it halts the manufacturing of goods, resulting in losses.

Right to get Insurance

The act guarantees that workers must be insured, and appropriate compensation must be provided to their families in case something happens to him while working. The cost of bills should be paid by the company if the worker is injured on site.

Right Against Sexual Harassment at Workplace

Each company must have a department and a committee set up to overlook that none of the employee is harassed at their workplace. The special committee needs to hear complaints made by female employees, and necessary action needs to be taken against the aggressor. This act is made to protect female employees.

The constitution states that working hours shouldn’t extend beyond 9 hours a day, and 48 hours a week. Most workers do not know his, and managers make them toil for longer hours.

It is important that we honour these labourers who put in all the hard work so that we can live in total comfort. Let us dedicate this day to being ever grateful for all their services.