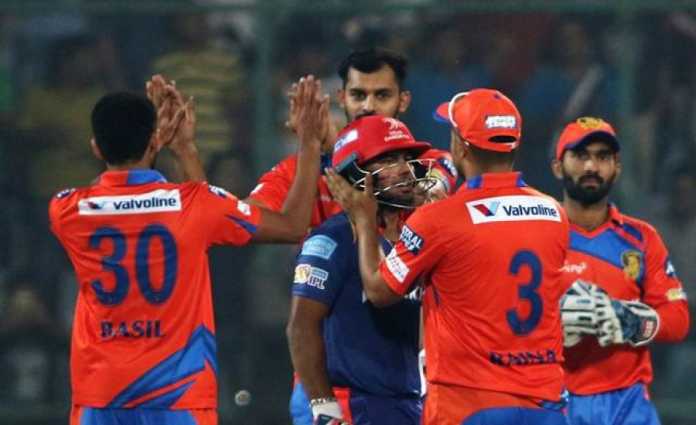 Cricket is followed as a religion in India. Season 10 of IPL (Indian Premier League) was no less than the previous years, each match was as interesting and as amazing. It had captured our hearts and Indians all around the world were completely engrossed in this enthralling tournament. Waiting to reach home, from wherever they are, before every match starts. This Sunday was the big finals with Mumbai Indians against Rising Pune Supergiants for the winning trophy. Mumbai Indians, after a lot of hard work, won the finals by a dramatic 1 run. Although, many say the match was fixed, as the last ball which was not shown on repeat on TV whereas all the other wickets were shown repeatedly or the deliberate loss by Rising Pune Supergiants has put doubts in people’s minds but overall the cricket lovers enjoyed the match thoroughly.

Here, we list some of the most unforgettable moments of IPL 2017:

David Warner paused for a brief moment between the wickets, picked up Basil Thampi’s (Gujarat Lions pacer’s) shoe and handed it to him and then completed his run. This was completely unnecessary on David’s behalf, but this gesture of his melted everyone’s heart.

The coincidence of the first hat-tricks was that both happened the same day. On April 14, Samuel Badree and Andrew Tye took hat-tricks. Badree took one for Royal Challengers Bangalore against Mumbai Indians. In the following match, Tye took a hat-trick for Gujarat Lions against Rising Pune Supergiants. Jaydev Unaddkat took the third hat-trick of the tournament on May 6, against Sunrisers Hyderabad.

Mumbai Indians won against Gujarat Lions on April 29. After both the teams managed the score of 153, a super over was held. Mumbai, at the end of five balls was 11 for two. Although, Gujarat did not lose any wicket, they just managed a score of 6 runs.

The best moment, I believe, was when Rishabh Pant scored 57 runs of just 36 balls against the Royal Challengers Bangalore. The thing was that Pant scored these runs two days after losing his father. Although, Delhi Daredevils lost the match, Rishabh won hearts of millions.

It was definitely not Virat’s season this year. The worst was when the team blew out scoring just 49 runs which happen to be the lowest IPL score till date. None of the batsmen scored more than 10 runs. It was nothing but a nightmare for the team as well as their fans.