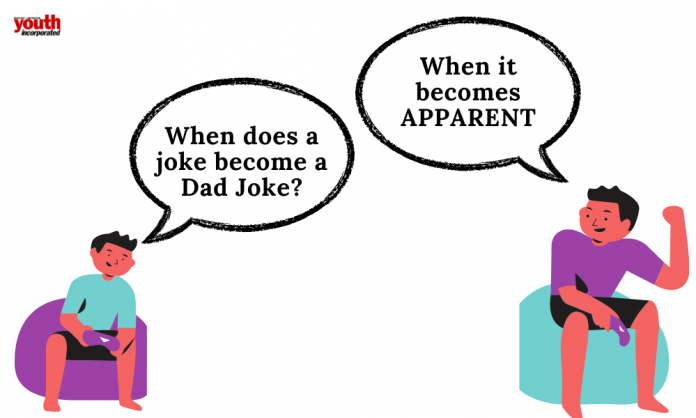 If your father cracks one of his ‘dad jokes’, make sure you give him one more in return instead of your usual fake laugh or rolling eyes. Why? Because today is Father’s Day and so the official day to crack the most horrible jokes and start ROFLing!! How about having a ‘dad joke session’ today with your father? Scroll down to some of the lamest yet somehow hilarious dad jokes to have a good laugh together.

I used to be addicted to soap, but I’m clean now

What do you call a fake noodle? An impasta.

Dear Math, grow up and solve your own problems.

I don’t trust those trees. They seem kind of shady

What did one ocean say to the other ocean? Nothing, they just waved.

What kind of car does an egg drive?” “A yolkswagen.

Why did the invisible man turn down the job offer? He couldn’t see himself doing it.

Why couldn’t the bike standup by itself? It was two tired.

What do you call a dog that can do magic? A Labracadabrador.

Did you hear about the guy who invented the knock-knock joke? He won the ‘no-bell’ prize.