India with its diversified culture and exquisite traditional values never once fail to leave the tourists awestruck. The Northeast part of the subcontinent with its rich biodiversity not only provides a glimpse of the rich flora and fauna of the country but is home to a number of ancient tribal groups which, with their distinctive lifestyle and customs add an element of uniqueness to East India

Having a strong historical aspect associated with them there are alot of startling secrets and hidden treasures that are known only to the natives of these places. Here’s a list of few such confidential yet astonishing features which are sure to surprise you.

1. The Northeast Provides Shelter To The Last Surviving Headhunters

The ancient Konyak tribe of Nagaland which boast of their strength and skill of cutting the heads of their enemies with black facial tattoos are still residing in the state. Though now they have restrained themselves from cutting the tops, they still continue with their other holy rites. This Naga tribe can be easily distinguished from the rest by their pierced ears and tattoos which cover almost every part of their body.

2. It Houses The Only Matriarchal Society Of The World

The Khasi and Garo tribes which live here practice a matrilineal descent under which, the women are the head of their respective families and carry the responsibility of earning a livelihood for themselves as well as their families. As a consequence of this, unlike the common historic traditions of ancient India, whenever a girl child is born there is huge celebration followed by a grand feast for the members of the tribe.

3. The Northeastern States Have The Only Women Market In The World

The 500 years old market in Manipur which is also known as Ima Keithal, specialising in local handicrafts and its vibrant array of fruits, spices and textiles, is the only market in the entire world managed solely by women, especially mothers. Not only the management and selling but also the products are hand prepared by moms. It is believed that this trend began in the 16th century when the men of the houses were sent to distant locations for fighting wars and their women were left behind in the villages to cultivate paddy fields, sell grain and earn their own bread.

4. Jatinga, The Suicide Point Of Birds

Jatinga, which is a small village located in Assam is the land of suspicion and mystery since the last 100 years. After monsoon in the months of September and October, on the dark moon-lacking nights thousands of birds between the time interval of 6 – 9:30 pm, are dragged by some invisible hypnotic forces and plunge towards the torches and lights of the cities. Despite a detailed deep study by ornithologists, the spooky occurrence yet remains unexplained. The locals believe that this ‘suicide spree’ is the consequence of an old curse.

A Guinness world record was created when 1730 participants between the age group of 11 to 70 years from Nagaland, poured their hearts out while playing the tunes of the song Knocking on Heaven’s door’ by Guns and Roses. The event was organized to promote unity and peace in their state. The strumming session broke the earlier world record of being the largest guitar ensemble set by 1721 guitarist from Kansas City, USA.

Did you know that even Indians need permission to visit the northeast states? The Government of India considering, the ethnic violence and sensitivity of location in respect to being a neighbor of countries like Myanmar, Bhutan and China had launched a protocol commonly known as the Inner line Permit (ILP) which required all the tourists to acquire a special permit to visit them. However, the government in an attempt to promote tourism has relaxed the permit requirements for foreigners as a consequence of which they no longer need to have a permit to visit Mizoram, Manipur and Nagaland but the law still persists when visiting Arunachal Pradesh and Sikkim.

The northeast being home to a number of quirky tribal groups is a paradise of fairs and festivals. Some of the most common are Bihu which is celebrated in Assam, Hornbill and Sekrenyi of Nagaland, Shilong’s autumn festival and Chapchar Kut from Manipur. Most of the gala events, however, revolve around the common theme of agriculture, beginning of a new year or Buddhism. These rich celebrations filled with joy and ancient traditions add to the heritage of India.

Women belonging to tribal groups other than Khasi and Garo face discrimination in the inheritance of land and property. Despite the world being in the 21st century, these tribals have no separate movement or campaign to demand the same. All the property of the ancestors is either transferred to the elder or the younger son of the family after the death of the senior family member. In the hills, rights of women are primarily governed by customary laws but in valleys, as far as the inheritance is concerned, there is no such distinction as ancestral or self-acquired property.

There is so much more that remains unexplored in the northeast. The beauty of north-eastern states cannot be defined in words. It actually represents the true virtues of India. It’s a perfect blend of culture, diversity, scenic beauty, and in true sense the land of masses. If the article has intrigued you, you must definitely head to this part of the country soon. 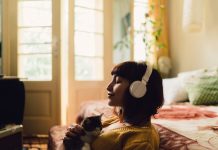 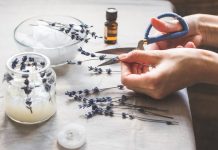 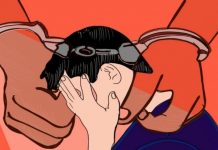 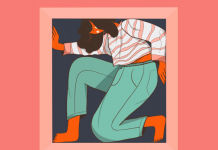 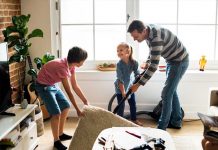 Coronavirus Challenging the Social Hierarchy of the Society