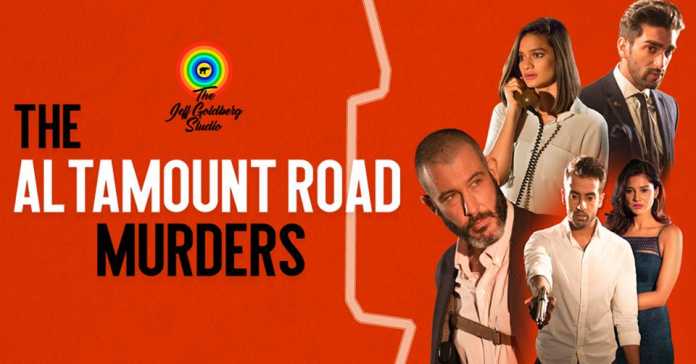 When one of Mumbai’s leading politicians is found shot to death and handcuffed to a prostitute in the trunk of his car, private detective, Sam Huston instantly understands that he has much more than just a regular homicide case on his hands. He’s going to have to cut through the sweltering heat and oppressive humidity of the city of dreams to find the real killer, but little does he know that he’s about to upset the extremely delicate balance of power that keeps the Tandon family, one of the wealthiest and most prestigious in the country from ripping itself apart.

Sam follows a trail of secrets, lies, corruption, money, lust and love to its very end where the ultimate betrayal reveals that much more than just thousands of crores have gone missing and two people wind up dead.​ The play is inspired by theatre noir and, as the name suggests, is set in Mumbai’s elite Altamount Road

The Altamount Road Murders is the brainchild of internationally acclaimed director, actor, screenwriter​ ​and producer Jeff Goldberg. “It’s a compelling play about people in the city of Mumbai and the things they do to each other in order to get ahead in life, and the lengths they go to”, says Jeff.

Apart from writing and directing the play, Jeff plays ‘Sam, a former New York City detective who lost his job after working on a case that he got too emotionally involved in. He is then invited to Mumbai to work for some VVIPs, post which he sets up his own detective agency in the city.

Talking about having a ‘triple-role’ to take on, Jeff says, “I’ve been fortunate to wear all these caps over the years, but it is tricky. Each of them are different jobs, and you have to individually address the vision and responsibility of that job. Especially when directing and acting, it’s hard to visualize yourself from a third eye. But I’ve been lucky to have an opinionated cast for that!”

The play also stars 2015 Miss India United Continents Winner Sushrii Shreya Mishraa, who is also set to make her Bollywood debut in Zero, Aneesha Shah, Vishal Handa, and Vikas Mandaliya. You can catch The Altamount Road Murders at the Royal Opera House in Mumbai on July 30th at 7 pm.