Walk up to any SRite and ask them what they love about their college. “Crossroads,” will be the reply, every time. The name of their annual fest is sacred to them, taken with great regard. And it should be too.

LIFE ON CAMPUS
For a commerce-centered, nationally leading institute with just two offered courses, SRCC excels in extracurriculars and boasts of around 20 societies that are active all through the year. On hot summer days, you will find members of the Street Theatre group dancing to ‘Oha’, their call song, near the Xerox Lawns. In the brief monsoon that Delhi observes every year, Panache, the dance society, holds its practices in classrooms, a tradition that is followed by the Dramatics Society as well, on days when the auditorium gets taken by the Placement Cell. Come winter and all the registered societies like the Economics Society, the Commerce Society and the History and Political Science Society can be seen bustling around campus making preparations for their individual fests. All through the year, members of the two music societies prefer lying on the beautiful lawns present throughout campus and strumming their guitars, adding just a little more charm to the entire atmosphere.

EATS AND TREATS
SRCC is located in the coveted north campus of Delhi University. But unlike the trend in other north campus colleges, students prefer to pass their time inside the college gates, instead of going to Kamla Nagar for a hog. And the sumptuous food in the canteen is to be credited for it. Most students don’t say that their day is complete till they have had chole bhature and paneer cutlet from the canteen or a steaming hot plate of Irrfan’s Maggi noodles. Irrfan’s makes for a nice hangout place on campus, where the shade of the Gulmohar trees provides for a much needed respite from the hot sun during summers. Wish Irrfan bhaiyya a good day and he just might give you a free bhujiya patty. The other place that is marked as a hangout zone is the area near the co-operative store, known informally, as the Co-op. Whether you are talking to your friend, getting notes photocopied at the Crystal Xerox Shop or checking out the clothes that the Fashion Society is parading around in, Co-op is the place to be. FESTS GALORE
The entire campus goes through a change during the fest season. The chairs in the library gather dust as everybody is outside, soaking in the super-charged fest atmosphere that lasts all of February. Crossroads is the only night festival in Delhi University. The day events consist of Paintball, Gully Cricket, Street Cricket, Zorbing, Dye All Day, and many others. Along with these events, there are many customised events that keep happening through the day. All the four nights play host to four different shows. There’s Encore: The Star Night which has seen stars like KK, Neeraj Shridhar and Shankar- Ehsaan-Loy. Then, for the fashion enthusiasts of DU, there’s Inferno. Last year, it was graced by Zarine Khan. Woodstock is the most anticipated by rock music lovers. Bands that have performed are Agnee, Euphoria, Parikrama, Jal and Vishal-Shekhar. And nobody, dancers and nondancers included, can forget Random Collisions: the DJ night which was hosted by DJ Suketu last year. But the most cherished weeks are the ones leading to the fest, when the entire college is functioning as a well-oiled machine, as one unit, one entirety. One makes friends, shares gossips, fights and then forgets the fights as well. But it is all a part of the ultimate college experience. And it is only the sweet success of this level of camaraderie that can be called the best fest of DU.

IN A NUTSHELL…
Being a part of SRCC teaches you a lot both within and without the classroom. In your three years here, you will meet a lot of different people and you will learn a lot about these people. You will realise that people are not one-dimensional, that the person who was a nerd in a school is capable of a lot more than just academics. In one sentence, SRCC – both the campus and its inhabitants – is a lot more than what meets the eye.

The entire campus goes through a change during the fest season. The chairs in the library gather dust as everybody is outside, soaking in the super-charged fest atmosphere that lasts all of February 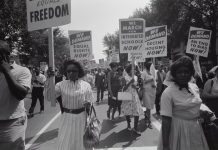 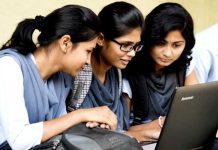